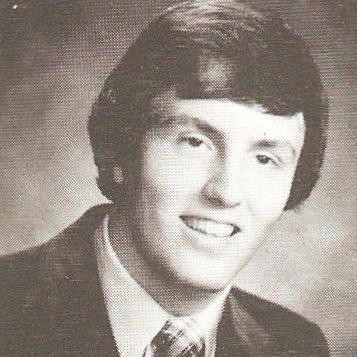 Editor’s note: The Child Mind Institute has launched the #MyYoungerSelf campaign during Mental Health Month to counter the stigma for the 1 in 5 children struggling with these disorders. This May actors, athletes, social influencers, business people and others are sending a message of hope about their experiences growing up with a mental health or learning disorder. Here’s a letter from the leader of our ministry team to an eleventh grade boy who was going through a difficult time.

Yes, DOCTOR Grcevich. You’re actually going to pull it off – getting accepted to med school before you graduate from Boardman. An amazing accomplishment.

There are many days at work when I wish I could go back to high school knowing what I know now. God gave me the opportunity to write you this letter from the future to encourage you during an especially hard time.

That image in your mind of a future as a fiercely autonomous family doc practicing in some snowy location out west?  The only part of that you’ll see is the snow. You’re going to end up as a child and adolescent psychiatrist! WHAT? Literally thousands of kids won’t have to endure the stuff you’re going through right now because of your help. That should help you get through many years of late night studying.

You’ll have a second career in ministry, but you won’t be a minister. God actually has something in mind that may impact more people. It ties into the child and adolescent psychiatrist thing.

And this…You’re NEVER going to believe the wife God has in store for you. Her beauty is exceeded only by her character. You’ll be the envy of many of your friends and colleagues for much of your adult life.

The thoughts and emotions you’re currently experiencing will end. 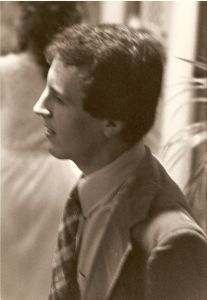 You’ll receive this letter in the late winter of 1977-78. Your life feels like it is crashing and burning. You may be the smartest kid in your class, but you might also be the biggest underachiever. You’re barely getting a “C” in AP calculus I, and you’re fighting with your guidance counselor about taking AP Calculus II as a senior because they think you’ll fail next year and they don’t have another class to put you in if you do. Other grades are lower than they should be. You’re often up at 4 AM doing the homework and test preparation you should have done the night before but couldn’t force yourself to do. You don’t have any study halls because you literally can’t get anything done when you have one and spend the entire 50 minute period staring at the clock. This lack of self-discipline extends to other areas of your life. You’re probably the best athlete in your school not playing on a varsity team because you couldn’t force yourself for two years in a row to do the necessary conditioning work in the summer to be ready for football two-a-days.

There’s an explanation for what you have. In the future it will be called ADHD, but the term hasn’t yet been invented. It’s a brain disorder characterized by issues with inattention, disorganization, motivation, self-discipline, procrastination and sometimes, impulsivity and/or hyperactivity. There’s a related condition called “hyperkinetic disorder of childhood,” but no one in 1978 would think it applies to you. It’s still common four decades later for very bright kids to go undiagnosed because they can underperform academically for a long time without their grades dropping so low where teachers and school officials notice. I bring it up because you’re so hard on yourself. Maybe you’re doing the best you can with the abilities you have? 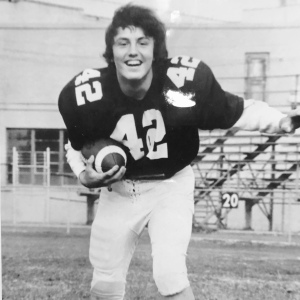 The thing that hurts you the most is that you’re desperately lonely. If  you were growing up in 2019, I’d hope a good clinician would ask enough questions to recognize the extent to which anxiety impacts your life. Seriously…you were given a prized season ticket as a member of your middle school basketball team to your high school’s sold out games and you never went because you weren’t sure anyone would sit with you? How have you gotten  through nearly three years of high school without once eating lunch in the cafeteria? You’re afraid of embarrassing yourself in line or think you have lots of friends but no friend group to sit with? Pretending for years that you have no interest in girls because that gave you cover for avoiding situations that made you feel uncomfortable? Remember the one party you’ve attended in high school? How you left when you heard someone mention the possibility of playing “spin the bottle?” Do you think other kids sit for hours trying to work up the courage to call someone on the phone? You’ve never been to a dance in high school. Saturday nights are spent holding back tears thinking about the things you’d like to do while listening to classic rock on WDVE or WMMS.

Today, there are psychologists and counselors who can help with the types of anxiety you experience. They use an approach called cognitive-behavioral therapy in which they help kids like you to recognize all the silly, non-sensical thoughts that cause you to avoid doing things you need to do to not be lonely. Your school’s psychologist is trying to help, but he couldn’t know how – the research hasn’t yet been conducted. I can tell you that doing what you’re doing now…thinking that if you achieve enough and develop enough status that girls will seek you out and peers will welcome you into their circles…won’t work.

It probably doesn’t help that your parents have extraordinarily high expectations for you. Not every mom points out sites for their kid’s inaugural activities on the family vacation to Washington DC.  You may be misinterpreting what they say and it’s possible your folks are just trying to build your confidence, but I understand how you’d conclude anyone short of the most desirable girl in your school would be perceived as a disappointment at home. That’s a lot of pressure on someone with so little social experience

Since I need to get back to my work, here’s what you’ll most need to know to get through this time in your life…

Take some chances! If you had any idea how many other kids feel the same way you do…unsure of themselves, lacking confidence, wanting someone to see them as they are and like them anyway, hoping someone will want to sit with them at lunch, go with them to the basketball game, or be their prom date…you’d be a lot less anxious and uncomfortable around the other kids at school and your last year and a half of high school will be filled with lots of great memories. I see it every day in my office. Kids who you’d think have it all together. Girls you think are unattainable. You’ll see. You’ll have a conversation on the night before your last day of high school with the last person in your class you’d expect to be lonely.

You need to be a little less judgmental of your peers. Not everyone can endure the stuff you’re going through. Maybe the reason so many kids in your class drink excessively is they’re using alcohol to overcome their own anxieties in social situations? Maybe they violate sexual boundaries because they’re afraid of ending up alone – like you?

You know how you often think late nights, early mornings and intense sadness are God’s way of preparing you for difficult challenges in the future? God won’t waste any of the hurts you’re currently experiencing. You’ll develop a reputation as an outstanding clinician because you’ll know the right questions to ask and be able to empathize when kids with issues similar to yours are struggling. You may find yourself having to choose between your profession and your faith, or needing to take some very unpopular stands. I trust your experiences in difficult times will give you confidence you can endure the consequences of doing the right thing when the time comes.

King Solomon was right. God really does order our paths. I never imagined the life I have now. Looking back, there are no accidents. Without certain setbacks and experiences, you’ll never meet the people who will be most important to you in life. Seek to honor and glorify God and trust that all things will work together for good.

One last piece of advice…don’t get too attached to the Browns unless you’re looking for an unending source of frustration and disappointment!

Dr. Stephen Grcevich serves as President and Founder of Key Ministry, a non-profit organization providing free training, consultation, resources and support to help churches serve families of children with disabilities. Dr. Grcevich is a graduate of Northeastern Ohio Medical University (NEOMED), trained in General Psychiatry at the Cleveland Clinic Foundation and in Child and Adolescent Psychiatry at University Hospitals of Cleveland/Case Western Reserve University. He is a faculty member in Child and Adolescent Psychiatry at two medical schools, leads a group practice in suburban Cleveland (Family Center by the Falls), and continues to be involved in research evaluating the safety and effectiveness of medications prescribed to children for ADHD, anxiety and depression. He is a past recipient of the Exemplary Psychiatrist Award from the National Alliance on Mental Illness (NAMI). Dr. Grcevich was recently recognized by Sharecare as one of the top ten online influencers in children’s mental health. His blog for Key Ministry, www.church4everychild.org was ranked fourth among the top 100 children's ministry blogs in 2015 by Ministry to Children.
View all posts by Dr. G →
This entry was posted in ADHD, Anxiety Disorders, Key Ministry, Mental Health and tagged #MyYoungerSelf, Key Ministry, mental health, Mental Health Month, Stephen Grcevich MD, stigma. Bookmark the permalink.