Why are suicide rates up 56% among youth in this past decade? 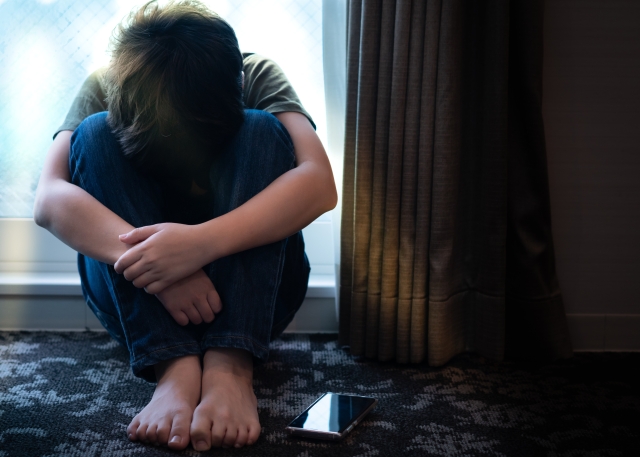 While I was away this week at the American Academy of Child and Adolescent Psychiatry’s (AACAP) Annual Meeting, a report was issued by the U.S. Centers for Disease Control describing a 56% increase in the suicide rate over the last ten years among Americans between the ages of 10 and 24. Among the “highlights” of the report…

I was honored this past Friday to have been invited to join guest host Sarah Parshall Perry on Washington Watch with Tony Perkins to discuss the implications of the study. While it’s impossible to respond with certainty to the question “Why?” from looking at this type of study and the answers are undoubtedly complex, I shared several hypotheses with Sarah to explain the rapidly increasing rates of suicide in older children and teens.

The impact of smartphones and social media. The escalation in suicide rates in youth correspond closely to increased access to smartphones. The percentage of U.S. teens with access to smartphones increased from 41% in 2012 to 89% in 2018. In one study presented at the AACAP meeting, the authors reported that kids who spend more than three hours each day on their portable devices were 60% more likely to develop depression than kids who used them for an hour a day or less. the propensity for kids to negatively compare themselves to others is greater. We know victims of cyberbullying are twice as likely to engage in suicidal behavior compared to peers, and the perpetrators of cyberbullying are also at elevated risk of suicidal behavior.

The culture’s preoccupation with sexual expression and focus on sexual orientation and gender as the defining elements of identity in teens and young adults. In an earlier post, we explored a relationship between sexual activity and suicidal behavior in examining data from the 2015 National Youth Risk Behavior Survey (NYRBS).  We know that rates of suicidal thinking and behavior increase dramatically when teens become sexually active – especially when they engage in same-sex sexual behavior.

Boys who experienced sexual contact with the opposite sex only were seven times more likely to have been seen by a doctor or nurse following a suicide attempt compared to those with no sexual contact.

Girls who experienced sexual contact with the opposite sex only were greater than three times more likely to have been seen by a doctor or nurse following a suicide attempt than those with no sexual contact.

While I was at the AACAP meeting, a study was reported from the University of Kentucky examining changes in the sexual orientation of kids admitted to their psychiatric hospital during this past decade. In 2012, 76% of youth admitted to the psychiatric unit identified as heterosexual, 14% as gay and 10% bisexual. In 2018, 50% of teens admitted identified as heterosexual, 42% as bisexual, 6% as gay and 2% as transgender. There were no significant correlations between sexual orientation and substance use, psychiatric diagnosis or previous history of trauma in the study from Kentucky.

While overall rates of sexual activity among teens are decreasing, the number of teens identifying as gay or bisexual has increased dramatically in recent years. The 2017 NYRBS reports percentages of students identifying as sexual minorities at approximately twice the rates described between 2001 and 2009. Gay, lesbian and bisexual teens are significantly more likely to have been sexually active than their straight peers. and girls who identify as gay or bisexual have significantly more sexual partners at an earlier age compared to heterosexual teens.

The diminishing role of religion in the lives of teens. Religiosity has been shown to have important protective effects against suicide. This metanalysis of studies examining the relationship between religion and suicide estimates that suicide is approximately 38% less likely among persons for whom religion is important. A study published last year from Columbia University reported a lower risk for suicide among young people whose parents considered religion important. I’m sharing these observations in the context of a new Pew Foundation study describing the decline of Christianity in American life. The study notes there are seven million fewer adult Christians in the U.S. compared to 10 years ago, even though there are now 25 million more adults in America. The millennials are the first generation of Americans in which Christians are in the minority. I don’t doubt the situation is even worse for Generation Z. Fewer people of faith = more suicide.

So…what do we do with this?

First – our girls are now in med school and college, respectively but there is no way my wife and I would get them smartphones until the middle of high school (at the very least) and only under close parental supervision.

Next – we need to be at least as concerned, if not more concerned about our teens crossing boundaries and engaging in sexual activity as we are (appropriately so) about teens and vaping.

Finally, one of the best ways parents can protect their kids against suicide is to practice and live out their faith, communicating their to their children in a manner that facilitates the internalization of faith.

Interested in learning more about how the church can do more to welcome, care for and support families impacted by mental illness? Come join Dr. Grcevich and a great lineup of speakers on Saturday, November 9th at Winebrenner Theological Seminary for Mental Health and the Church, a half-day conference to learn how to better understand, embrace and respond to the uniqueness and gifts of those of us with mental health concerns. Registration is available here.

Dr. Stephen Grcevich serves as President and Founder of Key Ministry, a non-profit organization providing free training, consultation, resources and support to help churches serve families of children with disabilities. Dr. Grcevich is a graduate of Northeastern Ohio Medical University (NEOMED), trained in General Psychiatry at the Cleveland Clinic Foundation and in Child and Adolescent Psychiatry at University Hospitals of Cleveland/Case Western Reserve University. He is a faculty member in Child and Adolescent Psychiatry at two medical schools, leads a group practice in suburban Cleveland (Family Center by the Falls), and continues to be involved in research evaluating the safety and effectiveness of medications prescribed to children for ADHD, anxiety and depression. He is a past recipient of the Exemplary Psychiatrist Award from the National Alliance on Mental Illness (NAMI). Dr. Grcevich was recently recognized by Sharecare as one of the top ten online influencers in children’s mental health. His blog for Key Ministry, www.church4everychild.org was ranked fourth among the top 100 children's ministry blogs in 2015 by Ministry to Children.
View all posts by Dr. G →
This entry was posted in Key Ministry, Mental Health and tagged children, religion, Sarah Parshall Perry, sexuality, smartphones, Stephen Grcevich MD, suicide, teens, Washington Watch, young adults. Bookmark the permalink.