On behalf of our crew at Key Ministry, our prayers and heartfelt condolences go out to the families impacted by Friday night’s stabbing/shooting near the University of California, Santa Barbara in which seven people (including the identified gunman, Elliot Rodger) were killed and seven others were injured.

Early media reports suggest that Elliot had been diagnosed with Asperger’s Disorder. He was living in a independent living facility for persons with developmental disabilities. In the online manifesto he posted prior to the shooting, Eliot reports appointments with a psychiatrist (he refused the Risperdal prescribed by the psychiatrist at their final appointment) and describes two different counselors in his last year of life who tried to help him to develop better social skills.

Advocates from the autism and mental health communities fear that teens and young adults will be stigmatized by the perception that persons with those conditions may be predisposed to violence. The research literature demonstrates that people with autism are no more likely to become violent than others in the general population. Undoubtedly, some advocates will try to make the argument that either autism or mental illness was responsible for the Santa Barbara murders, but such dichotomous thinking serves little purpose. While many in the autism community reject the argument that autism is a mental illness, the research literature also suggests that the majority of kids with autism spectrum disorders also meet criteria for one or more mental health disorders.

Anxiety, depression and obsessive thinking are more common among youth with autism  spectrum disorders. A 2008 study published in the Journal of the American Academy of Child and Adolescent Psychiatry reported that 70% of a sample of 10-14 year-olds with autism spectrum disorders met criteria for one or more comorbid mental health disorders. According to the authors,

Psychiatric disorders are common and frequently multiple in children with autism spectrum disorders. They may provide targets for intervention and should be routinely evaluated in the clinical assessment of this group.

Individual traits associated with autism or specific mental illnesses may place individuals at greater risk of aggressive or violent behavior, depending upon their past experiences and characteristics of the environments in which they are expected to function on a daily basis. Two traits associated with a number of conditions may have contributed to Eliot’s downward spiral…

Often, the combination of these two traits leads to a “snowball” effect…social isolation results in more time to obsess/ruminate about negative thoughts and experiences and intensifies the impact of those experiences.

Some observations about Elliot…

Autism? Mental Illness? Personality Disorder? I suspect Elliot manifested “D”…all of the above. But there’s something else about Elliot’s story that jumps out at me that I’ve seen no one comment on in all the press coverage following the massacre. 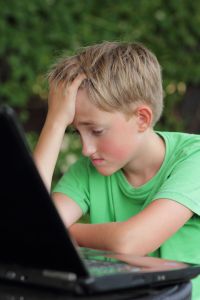 Much has been made about the impact of bullying in the aftermath of school shootings in recent years…there are reports that Elliot experienced an altercation… The impact of the bullying is magnified in kids who have difficulty letting go of troublesome thoughts. But no one has commented on the impact of the sexual content so freely available in our culture on vulnerable young people, or the trend in culture to make sexual orientation/activity the defining feature of one’s identity.

I’d suggest that Elliot was traumatized by his initial exposure to sexual images over the Internet. From his manifesto…

Towards the end of sixth grade, I still hadn’t made a group of friends who I could see outside of school. The only social interactions I had outside of school were playdates with old friends from Topanga every now and again. Joining chatrooms through AOL temporarily filled in the social void for a few weeks. This will definitely not be the first time I would try to fill in that void with the internet.

Once I established myself in the chat rooms, I made a few friends who I instant messaged frequently. Most of them were in middle school and some were in high school. I also talked to a few people I knew from Pinecrest over AIM.

One friend who I met through a chat room suddenly emailed me pictures of beautiful naked girls, telling me to “check this out”. When I looked at the pictures, I was shocked beyond words. I had never seen what beautiful girls looked like naked, and the sight filled me with strong and overwhelming emotions. I didn’t know what was happening to me. Was it the first inkling of sexual desire in my body? I was traumatized. My childhood was fading away. Ominous fear swept over me, and I stopped talking to that person.

As the Sixth Grade year came to a close, I felt dissatisfied and insignificant. Indeed, a whole new world had opened up before me, and I had no idea how to prevail in it. I still wanted to live as a child.

Later, he describes another experience in the eighth grade at a place where people gathered to play video games…

One time while I was alone at Planet Cyber, I saw an older teenager watching pornography. I saw in detail a video of a man having sex with a hot girl. The video showed…(deleted). I didn’t know anything about sex at the time. I barely even knew what sex was. I was slowly starting to develop sexual feelings for hot girls, but I didn’t know what to do with them. To see this video really traumatized me. I had no idea what I was seeing… I couldn’t imagine human beings doing such things with each other. The sight was shocking, traumatizing, and arousing. All of these feelings mixed together took a great toll on me. I walked home and cried by myself for a bit. I felt too guilty about what I saw to talk to my parents about it. I was quite shaken for a few days.

This was among the very first glimpses I had of sex. Finding out about sex is one of the things that truly destroyed my entire life. Sex… the very word fills me with hate. Once I hit puberty, I would always want it, like any other boy. I would always hunger for it, I would always covet it, I would always fantasize about it. But I would never get it. Not getting any sex is what will shape the very foundation of my miserable youth. This was a very dark day.

We know that vulnerable kids experience enormous harm from harsh words and bullying, and our schools and institutions have appropriately taken steps to protect them. But what about protecting vulnerable kids from the impact of the highly sexualized culture in which we live? I’ve treated a number of kids in recent years who exhibit the effects of trauma resulting from exposure to sexual material or situations fairly common to daily life.

Elliot’s identity was defined by his inability to engage in behavior that is idolized in our culture. Unfortunately, it’s highly likely we’ll be seeing more incidents like this as kids at risk become saturated with images disseminated through Snapchat or “sexted” by peers. We’ll hear lots of discussion in the coming weeks about the need for gun control and better mental health preventive services, but I bet we won’t hear about limiting the impact of a culture upon vulnerable youth that values sexual fulfillment over almost anything else.

We have a responsibility to our vulnerable young people to expose and include them in an alternate culture…a culture that values them for the fullness of who they were created to be and provides them the opportunity to be part of a larger story…a story of grace and redemption!

Dr. Stephen Grcevich serves as President and Founder of Key Ministry, a non-profit organization providing free training, consultation, resources and support to help churches serve families of children with disabilities. Dr. Grcevich is a graduate of Northeastern Ohio Medical University (NEOMED), trained in General Psychiatry at the Cleveland Clinic Foundation and in Child and Adolescent Psychiatry at University Hospitals of Cleveland/Case Western Reserve University. He is a faculty member in Child and Adolescent Psychiatry at two medical schools, leads a group practice in suburban Cleveland (Family Center by the Falls), and continues to be involved in research evaluating the safety and effectiveness of medications prescribed to children for ADHD, anxiety and depression. He is a past recipient of the Exemplary Psychiatrist Award from the National Alliance on Mental Illness (NAMI). Dr. Grcevich was recently recognized by Sharecare as one of the top ten online influencers in children’s mental health. His blog for Key Ministry, www.church4everychild.org was ranked fourth among the top 100 children's ministry blogs in 2015 by Ministry to Children.
View all posts by Dr. G →
This entry was posted in Advocacy, Anxiety Disorders, Autism, Controversies, Hidden Disabilities, Key Ministry, Mental Health and tagged Autism, Christian psychiatrist, Elliot Rodger, Key Ministry, mental illness, narcissism, risk, Santa Barbara killings, Stephen Grcevich MD, trauma, violence. Bookmark the permalink.