Social agendas, kids with gender discordance, inclusion and the church… 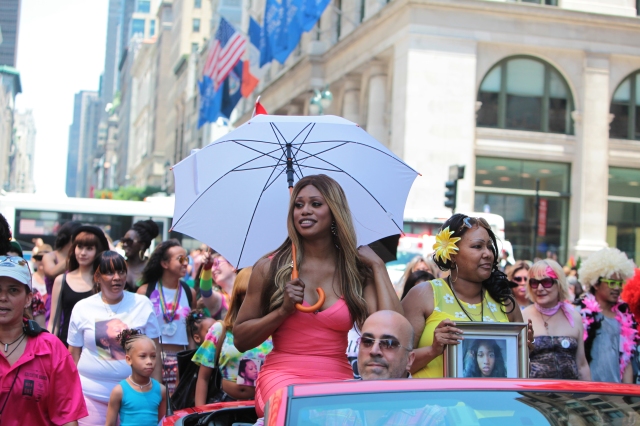 So God created man in his own image, in the image of God he created him; male and female he created them. 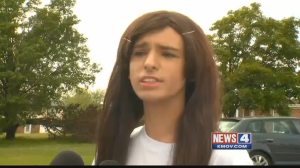 Last week, students at Hillsboro High School in Missouri staged a walkout that garnered nationwide publicity after school officials granted Lila Perry, a transgender student who had previously identified as a gay male permission to use the girls’ locker room when changing for gym class.

Attorneys for the school had been advised that districts that refuse to allow students to use a bathroom for the gender with which they identify could run afoul of the U.S. Department of Education’s Office of Civil Rights. The decision was based upon the student’s membership in a protected class (gender) as opposed to an accommodation resulting from disability.

This topic pushes a number of my hot buttons and leads me to want to be very cautious in separating my feelings for those advancing a social injustice against kids and families with compassion for youth who struggle with gender discordance mental health complications frequently associated with the condition. Here are my hot buttons…

Kids with serious mental health disabilities are being used to advance a social/political agenda. If you’re interested in an eye-opening read, check out this article in the Harvard Law Review from last year. The authors were remarkably transparent about their hopes…

While, as a practical matter, this Chapter’s discussion largely deals with spaces aligned with one side or the other of the predominant gender binary, it also seeks to spark further discussion regarding reasons and methods for deconstructing this binary as society moves forward, particularly as non-gender-conforming children become more visible.

Ultimately, policies like AB 1266 could serve as the foundation for a movement toward neutralizing conventional gender categories by allowing transgender students to chart their own experience of gender at school and by showing both transgender and cisgender youth that gender is not written in stone. These experiences in the educational context could lay the groundwork for a future gen- eration that may be willing to rethink the rigid gender binary in ways that current societal attitudes toward sex and gender do not allow.

We looked at the topic of what we know about gender non-conforming kids this past summer. Regardless of faith or attitudes regarding sexual orientation or behavior, I can’t imagine any parent wanting their child to experience the complications frequently associated with gender discordance. In their review, the authors acknowledge the impact of the media in promoting the development of transgender identity…

To what can we attribute the rise of transgender youth? While it is impossible to say for certain, many experts believe that the in- crease stems from transgender issues attaining a higher profile in popular media, both in entertainment and in news programming. This prominence has sparked the growth of transgender youth in multiple ways. Transgender children who are exposed to trans characters at young ages may recognize their own struggles reflected onscreen, thus allowing them to firmly identify what had previously been only a nebulous feeling that something was very wrong. Meanwhile, parents who see transgender people in the media are more aware of what to look for in their own children and of the increasingly wide array of medical options available for transgender youth.

At the same time, the hypocrisy of the media around this issue is staggering. We know that images of excessively thin models promote body image distortion and increase the risk of anorexia nervosa in young women…another mental health condition with a high mortality rate. Check out this article from Fashion Magazine in which the author manages to call attention to unrealistic beauty standards while praising the proliferation of transgender models, declaring that “beauty isn’t as limited to gender norms.”

Advocates are willing to rob our kids of their privacy and their innocence. I see lots of kids who experience great discomfort when exposed to sexualized images or content. I’m aware of a school in our area that scheduled a field trip for their fifth grade class to the local Gay Pride parade, apparently as a part of their curriculum on diversity and tolerance. While the intentions of the school may have been good, some kids had difficulty processing the experience. In the same way that youth who experience gender discordance may struggle to experience acceptance, kids made uncomfortable by sexualized content may not feel comfortable discussing their discomfort in sharing bathrooms or locker rooms with kids of the opposite sex.

Second, opponents of trans-inclusive policies might argue that this inclusion is a zero-sum game: policies that help transgender children come at the expense of cisgender children’s discomfort. Assemblyman Donnelly, who vowed to pull his children from public school in response to AB 1266, argued that the law “will take the normal hormonal battles raging inside every teenager and pour gasoline onto those simmering coals,” adding that “[t]he right to privacy enjoyed by every student will be replaced by the right to be ogled.” He further argued that this loss of privacy might discourage cisgender students from using restrooms or locker rooms, create anxiety that reduces overall academic achievement, or even increase the likelihood of a sexual assault. Even setting aside those whose opposition is rooted in hostility toward transgender people, some might suggest that trans-inclusive policies could be harmful to cisgender girls who are unfamiliar (and thus uncomfortable) with the exposure to male body parts that could result from such policies.

This potential discomfort of cisgender children, however, does not militate against trans-inclusive policies. Exclusion of transgender students from gendered spaces in response to this discomfort serves to re-ify and reinforce the ignorance (and, at times, the intolerance) that spawned this discomfort in the first place. Rather than responding to discomfort with exclusion, schools should seek to educate cisgender students about gender variance, building students’ empathy for their transgender peers while simultaneously eroding their discomfort. This approach — education rather than exclusion — better reflects the civic goals of education, as it fosters community and understanding in a way that simply forcing transgender students to avoid bathrooms aligned with their gender never can.

From a CNN interview on the Hillsboro High walkout, Ashley Dye (a senior involved with organizing the walkout) shared a different perspective…

“This protest wasn’t out to bully Lila or call her out on anything or try to make her feel depressed; that wasn’t what it meant to be. It was so the students could have a voice,” Dye said.

“I believe that inside Lila is a female. I believe that she wants to have the female body and wants to be like the rest of females, but I know right now that’s not physically possible,” the 17-year-old said. “The only thing that bothers me is that Lila was in the girls’ locker room. Some girls already have insecurity problems getting dressed in front of other girls as it is, much less having to get dressed in front of a boy.”

So…what are we to do as Christians in serving kids and families with disabilities that sit smack dab in the intersection of disability and the culture war? Here’s a general principle…

We’re called to extend grace to others and avoid becoming a stumbling block to Jesus for people with little or no faith, but we can’t water down or compromise the essentials of our faith in the process.

Here are three questions to consider…

The degree of disruption of the education of other students, resulting in the inability to meet the unique needs of the disabled student.

If a student with a disability has behavioral problems that are so disruptive in a regular classroom that the education of other students is significantly impaired, the needs of the disabled student cannot be met in that environment.

We wouldn’t think it appropriate to include a child at high risk of behaving aggressively at church without the necessary supports in place to protect other kids from harm. Inclusion doesn’t mean including every person in every environment without consideration of how disruptive their parent might be. The church can faithful in its’ pursuit of including persons with gender discordance without violating the privacy rights of children, teens and adults or disrupting important ministry activities. 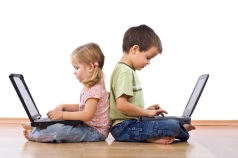 Dr. Stephen Grcevich serves as President and Founder of Key Ministry, a non-profit organization providing free training, consultation, resources and support to help churches serve families of children with disabilities. Dr. Grcevich is a graduate of Northeastern Ohio Medical University (NEOMED), trained in General Psychiatry at the Cleveland Clinic Foundation and in Child and Adolescent Psychiatry at University Hospitals of Cleveland/Case Western Reserve University. He is a faculty member in Child and Adolescent Psychiatry at two medical schools, leads a group practice in suburban Cleveland (Family Center by the Falls), and continues to be involved in research evaluating the safety and effectiveness of medications prescribed to children for ADHD, anxiety and depression. He is a past recipient of the Exemplary Psychiatrist Award from the National Alliance on Mental Illness (NAMI). Dr. Grcevich was recently recognized by Sharecare as one of the top ten online influencers in children’s mental health. His blog for Key Ministry, www.church4everychild.org was ranked fourth among the top 100 children's ministry blogs in 2015 by Ministry to Children.
View all posts by Dr. G →
This entry was posted in Advocacy, Controversies, Inclusion, Key Ministry, Strategies and tagged children's ministry, church inclusion, Disability Ministry, gender discordance, gender dysphoria, Hillsboro High School, Lila Perry, mental illness, social agendas, Social Justice, student ministry, transgender youth. Bookmark the permalink.

3 Responses to Social agendas, kids with gender discordance, inclusion and the church…