The relationship between ADHD and autism

As a child psychiatrist, the vast majority of requests I receive from a parent or colleague to evaluate a child with an autism spectrum disorder (ASD), the reason for the request involves the need to treat some other condition associated with the ASD, most notably attention problems or obsessive thinking. For the purpose of our discussion today, I’ll focus specifically on the ADHD.

One of the challenges we face in treating kids who have both conditions is that in my experience, kids with ASDs are more susceptible to stimulant-related side effects (irritability, emotional lability, aggression, tic exacerbation, increased stereotypies), but when they do work, stimulants are often very helpful for inattention, improving capacity for self-regulation  and reducing aggressive behavior and are far more benign from a side effect standpoint than the atypical antipsychotics that carry FDA indications for kids with spectrum disorders. 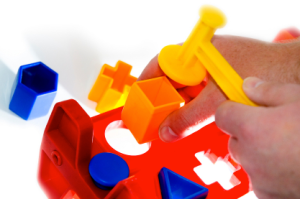 Teasing out the connection between the two disorders may help us in understanding the underlying causes of each disorder and begin to point us in the direction of earlier intervention. The studies to date suggest that gene variations common to both disorders and abnormalities in the development of specific brain pathways and regions are likely explanations for the co-occurrence of the two disorders. From a functional standpoint, kids with ADHD and ASDs are more likely to have more difficulty with behavioral inhibition compared to kids with either disorder alone, and one small study demonstrated increased externalizing behavior problems, aggression, delinquent behaviors, and thought problems in the ASD+ADHD group relative to an ASD group which exhibited subthreshold externalizing problems (Matsushima et al., 2008), suggesting that ADHD symptoms exacerbated externalizing problems in ASD.

The implication of all this for church staff and volunteers is to appreciate the reality that if you’ve seen one kid with autism, you’ve seen one kid with autism. Effective strategies for inclusion at church and the resources families find helpful in promoting the spiritual growth of their child aren’t “one size fits all” for kids with ADHD, autism spectrum disorders, or both.

Dr. Stephen Grcevich serves as President and Founder of Key Ministry, a non-profit organization providing free training, consultation, resources and support to help churches serve families of children with disabilities. Dr. Grcevich is a graduate of Northeastern Ohio Medical University (NEOMED), trained in General Psychiatry at the Cleveland Clinic Foundation and in Child and Adolescent Psychiatry at University Hospitals of Cleveland/Case Western Reserve University. He is a faculty member in Child and Adolescent Psychiatry at two medical schools, leads a group practice in suburban Cleveland (Family Center by the Falls), and continues to be involved in research evaluating the safety and effectiveness of medications prescribed to children for ADHD, anxiety and depression. He is a past recipient of the Exemplary Psychiatrist Award from the National Alliance on Mental Illness (NAMI). Dr. Grcevich was recently recognized by Sharecare as one of the top ten online influencers in children’s mental health. His blog for Key Ministry, www.church4everychild.org was ranked fourth among the top 100 children's ministry blogs in 2015 by Ministry to Children.
View all posts by Dr. G →
This entry was posted in ADHD, Autism, Inclusion, Key Ministry, Resources and tagged ADHD, Autism, comorbidity, default network, Inclusion, Key Ministry, Stephen Grcevich MD. Bookmark the permalink.

2 Responses to The relationship between ADHD and autism