Obsessive-Compulsive Disorder (OCD): A category unto itself… 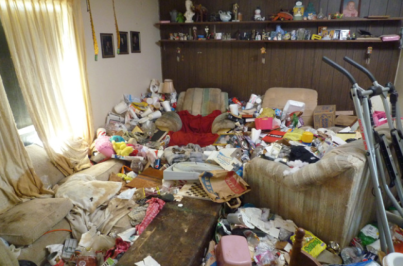 In Part Nine of our blog series… Dissecting the DSM-5…What it Means for Kids and Families we’ll examine why the authors of the new diagnostic manual of mental disorders created a separate category for Obsessive-Compulsive and Related Disorders and spotlight some of the conditions that are common concerns for parents and caregivers included in the new category.

According to the authors of the DSM-5, the inclusion of a chapter on Obsessive Compulsive Disorder (OCD) and related disorders reflects a recognition that a number of common conditions share linkages to one another. Some of the conditions included in this new category (in addition to OCD) include…

In clinical practice, I’ve tended to view all of these conditions as variants of OCD. They’re all frequently seen in conjunction with anxiety disorders…The close relationship between anxiety and OCD resulted in the decision to place the two diagnostic categories adjacent to one another in the DSM-5. They all tend to show common patterns of response to the medications used to treat OCD. These conditions also tend to co-occur…as a result, when a child has one of these conditions, it’s reasonable for a treating professional to inquire about the presence of others. I’d even add a couple of other conditions to the list for consideration that are currently placed elsewhere in the manual…Bulimia Nervosa and the proposed condition Nonsuicidal Self-Injury. There are also differences in how the conditions are treated therapeutically based upon the person’s capacity for and level of insight regarding their condition.

A few comments regarding the other conditions…

Hoarding…I’ve previously considered (and will continue to consider) hoarding as a specific type of compulsive behavior as opposed to a stand-alone condition in and of itself. I’ve never had a kid come in with hoarding as the chief concern of the parents. Hoarding may be a greater concern among older persons…they’ve had many years to accumulate enough junk to cause a safety hazard. Many fire departments are now developing hoarding task forces because of the danger.

Trichotillomania…One of the therapists in our practice was identified on a popular website as having expertise in treating trichotillomania-we gained a keen appreciation for how desperate many families with this condition are to find a knowledgeable professional. This is a fairly common comorbid condition among kids we’re treating for something else, and not infrequently, stimulant medication prescribed for ADHD will exacerbate hair pulling in vulnerable kids.

Skin-picking…This is a very common complaint among parents of kids in our practice, but rarely a chief complaint. Identifying a cause is often problematic, because skin-picking can be brought on by anxiety or boredom. It can be a manifestation of fidgetiness or restlessness in persons with ADHD, or it can represent a compulsive behavior exacerbated by ADHD medication. It can represent a compulsive behavior, but may worsen in response to medication used for OCD. I’m not sure this behavior represents a stand-alone disorder so much as a specific behavior observed in conjunction with ADHD, anxiety or OCD.

On the whole, OCD and related disorders appear worthy of a stand-alone category, although skin-picking and hoarding may represent patterns of compulsive behavior and needlessly add to the proliferation of diagnoses in the DSM-5.

Key Ministry offers a resource center on Anxiety and Spiritual Development, including helpful links, video and a blog series on the impact of ADHD upon spiritual development in kids and teens. Check it out today and share the link with others caring for children and youth with anxiety disorders.

Dr. Stephen Grcevich serves as President and Founder of Key Ministry, a non-profit organization providing free training, consultation, resources and support to help churches serve families of children with disabilities. Dr. Grcevich is a graduate of Northeastern Ohio Medical University (NEOMED), trained in General Psychiatry at the Cleveland Clinic Foundation and in Child and Adolescent Psychiatry at University Hospitals of Cleveland/Case Western Reserve University. He is a faculty member in Child and Adolescent Psychiatry at two medical schools, leads a group practice in suburban Cleveland (Family Center by the Falls), and continues to be involved in research evaluating the safety and effectiveness of medications prescribed to children for ADHD, anxiety and depression. He is a past recipient of the Exemplary Psychiatrist Award from the National Alliance on Mental Illness (NAMI). Dr. Grcevich was recently recognized by Sharecare as one of the top ten online influencers in children’s mental health. His blog for Key Ministry, www.church4everychild.org was ranked fourth among the top 100 children's ministry blogs in 2015 by Ministry to Children.
View all posts by Dr. G →
This entry was posted in Controversies, Families, Hidden Disabilities, Mental Health and tagged Body Dysmorphic Disorder, dsm-5, Hoarding, OCD, Skin-Picking Disorder, Trichotillomania. Bookmark the permalink.

1 Response to Obsessive-Compulsive Disorder (OCD): A category unto itself…