Focus on the Family, Lifeway avoid the tough questions about mental illness… 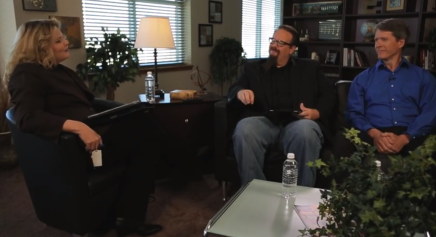 I spent the last two evenings pouring through their report. Given the emphasis that our ministry places upon supporting churches as they minister to families impacted by mental illness and the prominence the studies are likely to receive throughout the evangelical church as a result of the people and organizations behind them, the release of the report is something we need to speak into. Nevertheless, I found the design of two of the surveys to be profoundly disappointing and the results of the survey not nearly as useful as they could’ve been.

The most useful of the three surveys was a telephone survey of 1,000 U.S. senior pastors in Protestant churches conducted last May. Responses were weighted to reflect size and geographic distribution of the churches surveyed. Here are some key findings…

So…what to make of all this?

After my first read through the survey, my initial reaction was to question the extent to which the folks who designed this project understand the concept of mental illness. Were they hoping to study the impact of severe mental illness and stumbled onto the concept of “acute” mental illness? How or why did the survey authors decide to ask specifically about schizophrenia, depression and bipolar disorder? 90% of patients with bipolar disorder experience recurrent mood episodes resulting in most instances in a need for lifelong treatment. Schizophrenia is certainly not an acute illness. Here’s the first sentence in the National Institute of Mental Health’s (NIMH) information page describing schizophrenia…

Schizophrenia is a chronic, severe, and disabling brain disorder that has affected people throughout history.

The diagnosis doesn’t matter as much as the severity of functional impairment the person experiences from symptoms related to the diagnosis. Want to know what mental health condition results in severe impairment to the greatest number of adults according to NIMH? It’s anxiety! The authors never asked about it in the survey.

Here’s my most significant criticism of this survey…they didn’t ask the right questions!

To what extent do you believe mental illness is indicative of an individual lacking sufficient faith in Christ?

What percentage of the time do you believe that mental illness is a direct result of habitual sin in the life of the affected person?

How often is prayer likely to lead to remission/cure of the following conditions?

In the last year, have you referred a person attending your church who appears to be experiencing symptoms of mental illness to…

What challenges would you anticipate a person with mental illness or a family member with mental illness might experience if they sought to regularly attend worship services at your church and participate in other activities your leadership views as essential for spiritual growth (small groups, Christian education, missions/service, etc.)

Here are a few thoughts on this survey of pastors…

Why weren’t questions like those I suggested included in the survey, especially after Ed Stetzer from Lifeway noted in an earlier blog post that a high percentage of Americans views prayer and Bible Study alone as sufficient for overcoming serious mental illness. Where do those attitudes originate? I wonder if the folks at Focus on the Family didn’t want to ask tough questions that might embarrass some of their longtime friends and supporters?  Are they even aware of the experiences of shame or blame reported by faithful Christians when seeking comfort and support during episodes of mental illness? Are they so isolated from Christians with outstanding reputations for doing quality academic research on disability-related topics that they didn’t know where to go for help in tackling a project like this one?

It’s interesting that while nearly a quarter of pastors identify themselves as having personally experienced mental illness, roughly half never sought help. Why not? Is the stigma against seeking help that great among senior pastors? Do they have difficulty finding high quality mental health care that’s affordable under their health care benefit packages? Is it a lack of trust of mental health professionals? Somebody should’ve asked.

Last…and this is one area where this data is consistent with surveys looking at other areas of disability…there’s an enormous disconnect between what pastors believe their church is offering in the way of supports and what families in the church experience in describing the availability of supports when it comes to mental illness. The graphic on the right illustrates this point nicely…the church may have resources to help support persons with mental illness and their families, but if we never talk about mental illness at church, how would those who might benefit know that the resources even exist?

Dr. Stephen Grcevich serves as President and Founder of Key Ministry, a non-profit organization providing free training, consultation, resources and support to help churches serve families of children with disabilities. Dr. Grcevich is a graduate of Northeastern Ohio Medical University (NEOMED), trained in General Psychiatry at the Cleveland Clinic Foundation and in Child and Adolescent Psychiatry at University Hospitals of Cleveland/Case Western Reserve University. He is a faculty member in Child and Adolescent Psychiatry at two medical schools, leads a group practice in suburban Cleveland (Family Center by the Falls), and continues to be involved in research evaluating the safety and effectiveness of medications prescribed to children for ADHD, anxiety and depression. He is a past recipient of the Exemplary Psychiatrist Award from the National Alliance on Mental Illness (NAMI). Dr. Grcevich was recently recognized by Sharecare as one of the top ten online influencers in children’s mental health. His blog for Key Ministry, www.church4everychild.org was ranked fourth among the top 100 children's ministry blogs in 2015 by Ministry to Children.
View all posts by Dr. G →
This entry was posted in Controversies, Key Ministry, Mental Health and tagged Christian faith, Ed Stetzer, Focus on the Family, Key Ministry, Lifeway Research, mental illness, pastors, research, Stephen Grcevich MD, stigma, survey. Bookmark the permalink.