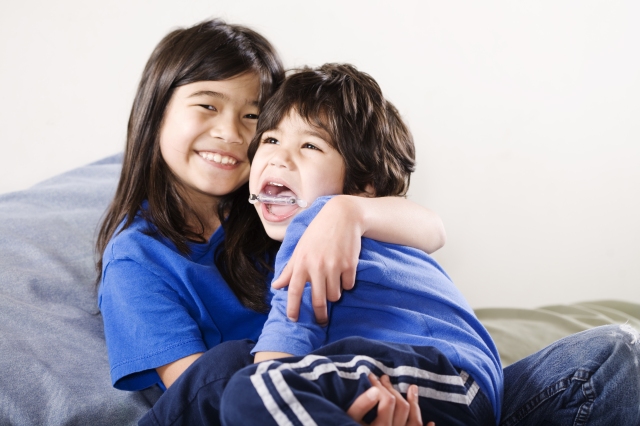 Many Christians were aghast at the Planned Parenthood videos. (Edited or not, they are still disturbing. Here are my friend Kristen’s words explaining why.) But I wasn’t.

I wasn’t because I know how little value a life has. We say we’re pro-life but our history concerning people with disabilities – both in the church and outside – says that maybe we aren’t. Maybe we value lives differently depending on what quantifiable contribution the person can make to society. Maybe we don’t want to talk about this because it hurts to acknowledge our hypocrisy. Maybe it’s easier for us to shout about the indignities against life seen in those videos than to admit the indignities against life when we use ability and disability as a measure of who is welcome and accommodated in our places of worship.

I also wasn’t surprised because I know history. Let’s start with wrongful birth cases. Each of these lawsuits claims medical malpractice against doctors or other medical professionals whose actions or inactions withheld information from the parents, information that might have led them to terminate the pregnancy. A recent case ruled against wrongful birth claims based on race. Disability, though? That’s still fair game.

The first case I heard about – but certainly not the first case of its kind – was in 2011. Parents of a little boy named Bryan who was born with one leg and no arms sued their OB doctor and ultrasound technicians for not diagnosing the disability before birth so that they could have aborted him. From the stand, the mother – Ana Mejia – said, about her now three-year-old son – “”He sees kids running and playing. He looks like he wants to do the same, but he just can’t,” and added later, and I quote, “Definitely, I would have had an abortion.” The court ruled in their favor, awarding Ana and her husband 4.5 million dollars in damages from the doctor and ultrasound technicians because they – in not diagnosing his physical disabilities – denied Ana the opportunity to abort Bryan. This scene shows the mom and her lawyer rejoicing at the verdict. Bryan will grow up and will likely learn one day that his parents paid for his care with money received by saying that they wished they could have prevent his life.

We’re still making and reinforcing this history today. Just a few months ago, a ruling of $50 million was upheld for the Wuth family claiming wrongful birth and life for their child. Like Bryan Mejia, young Oliver Wuth was born with disabilities that should have been identified during lab tests but weren’t due to human error. Currently, one case is pending in Pennsylvania, waiting to be heard by the state Supreme Court. Another is pending in Washington state.

Around the same time the courts agreed with the Mr. and Mrs. Mejia that their child shouldn’t have lived, a Christian was making news for his views on life and disability. This leader publically stated that a man could and should divorce his wife who had Alzheimer’s because she was “not there” anymore. The diagnosis of Alzheimer’s, in his opinion, made her less of a person and therefore granted her husband permission to abandon her. Her life, in other words, no longer counted as much as it had when her intellect was unaffected by disease.

A year prior in 2010, a doctor in Sarasota, Florida, lost his license for aborting the wrong baby. A woman was pregnant with twins. One was diagnosed with Down syndrome, and other wasn’t. The selective abortion was meant to abort the baby with Down syndrome, and instead – by accident – the doctor aborted the other twin. He subsequently lost his license. If he had aborted the child with Down syndrome, though, it would have been completely acceptable. In other words, it is okay to treat babies like consumer products and “return” ones that don’t meet our expectations.

Lest you think this is a new phenomenon, consider this story from 30 years ago. A child, known to the world as Baby Doe, was born in Bloomington, Indiana, on April 9, 1982, with Down syndrome and an incomplete esophagus. A successful surgery could be performed to remedy the problem with his esophagus and allow him to eat and drink without problem. However, no surgery or treatment would remove his Down syndrome or ensure that he would have no intellectual disability. Against their doctor’s and hospital’s recommendation, they chose to withhold treatment, and courts upheld the parents’ right to choose treatment for their child. Baby Doe starved to death on April 15th. This case did bring about outrage from local doctors all the way to the White House. Laws were changed. But in this case, the “right to choice” was applied not to a pre-born child but a newborn one. While the image of Baby Doe starving to death when treatment could have allowed nourishment is heartbreaking and the story appeared in Time magazine and other outlets, this is no different from the generation of babies with Down syndrome who are denied life before birth. I wrote about those rates here. The difference is only the location in which the parents choose death for their child, in the hospital for Baby Doe or in the womb for aborted babies with Down syndrome and other disabilities.

Even further back than 1982, consider the year 1939. The child in question, Gerhard Herbert Kretschmar, was born blind, missing both arms, and missing either one or both legs. His story is His parents wanted him to be killed, but the doctor said that would be against the law. So the parents petitioned someone else, a political leader named Adolph Hilter, to allow them to have their five-month-old son, in their words, “put to sleep.” Five-month-old Gerhard was the first person killed by official order of Adolph Hitler, and more than 200,000 physically or cognitively disabled people would be killed after that from 1939 to 1945 in Nazi Germany. These stories can be found in Ulf Schmidt’s biography of Karl Brandt: The Nazi Doctor.

Centuries earlier, Martin Luther suggested that a child with complex disabilities should be drowned. He also said the child was a changeling and from the devil. Even church leaders throughout history have flubbed issues of disability and life.

This history matters. It matters because those outside of the church are the ones who are awarding money to parents who didn’t get the chance to abort their son and allowing parents to starve their baby with Down syndrome to death. And it matters because even one who is a noted Christian leader is publically condemning people with Alzheimer’s. If those of us who know and love God’s word and Jesus Christ don’t say something different, how will the world know any different? And when we are silent and our members get a prenatal diagnosis of a disability, if they have only gotten messages from the world about that child’s worth and haven’t heard anything but silence from the church, what might happen? For those parents, choosing to value the sanctity of that child’s life could be difficult. But, praise God, his Word is not silent on this topic.

Disability history strengthens my pro-life stance because it reminds me that being in favor of life doesn’t end at birth. A pro-life stance isn’t – or shouldn’t be – simply pro-fetus. If we are truly pro-life, then we actively and assertively value life at every stage of development. How might the world respond if they saw us as not just anti-abortion but truly pro-life from the womb to the tomb?

In addition to serving as a Key Ministry Church Consultant, Shannon Dingle is a co-founder of the Access Ministry at Providence Baptist Church in Raleigh, NC.

Interested in conferences and events where members of the Key Ministry team are presenting? Our website provides an up-to-date list of training events, including Shannon’s scheduled appearance at Evangelicals for Life in Washington, D.C., preceding the 2016 March for Life. We hope to see you in coming months at events in Tennessee, North Carolina, Kentucky and Washington, DC. Interested in having someone from Key Ministry present at your next conference? Send us some information through our Contact Us link and expect to hear from us soon!

Dr. Stephen Grcevich serves as President and Founder of Key Ministry, a non-profit organization providing free training, consultation, resources and support to help churches serve families of children with disabilities. Dr. Grcevich is a graduate of Northeastern Ohio Medical University (NEOMED), trained in General Psychiatry at the Cleveland Clinic Foundation and in Child and Adolescent Psychiatry at University Hospitals of Cleveland/Case Western Reserve University. He is a faculty member in Child and Adolescent Psychiatry at two medical schools, leads a group practice in suburban Cleveland (Family Center by the Falls), and continues to be involved in research evaluating the safety and effectiveness of medications prescribed to children for ADHD, anxiety and depression. He is a past recipient of the Exemplary Psychiatrist Award from the National Alliance on Mental Illness (NAMI). Dr. Grcevich was recently recognized by Sharecare as one of the top ten online influencers in children’s mental health. His blog for Key Ministry, www.church4everychild.org was ranked fourth among the top 100 children's ministry blogs in 2015 by Ministry to Children.
View all posts by Dr. G →
This entry was posted in Controversies and tagged abortion, church, Disability, Disability Ministry, Martin Luther, Planned Parenthood, Pro-Life, Shannon Dingle, wrongful birth. Bookmark the permalink.

2 Responses to Why disability history strengthens my pro-life beliefs