Are some lives more valuable than others? Seniors, the disabled and the terminally ill 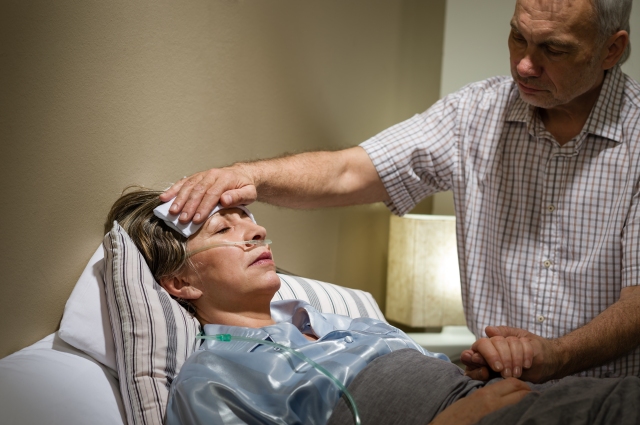 The scenes unfolding in intensive care units and emergency rooms in New York City have fueled fears that a surge of COVID-19 patients will overwhelm the healthcare system so that the availability of respirators and other critical care resources will be insufficient and doctors and hospital officials will have to make life and death decisions about who gets access to treatment.

I found myself feeling pretty proud of my country this past week. Our leaders are going to extraordinary lengths in putting our economy at risk to reduce the loss of life from a virus far more likely to kill the old and vulnerable than the young and healthy. That’s truly the “pro-life” position. Even Governor Andrew Cuomo of New York, the same guy who lit up the Empire State Building to celebrate a new law allowing for abortion of pre-born children up to the moment of birth, tweeted this earlier in the week. 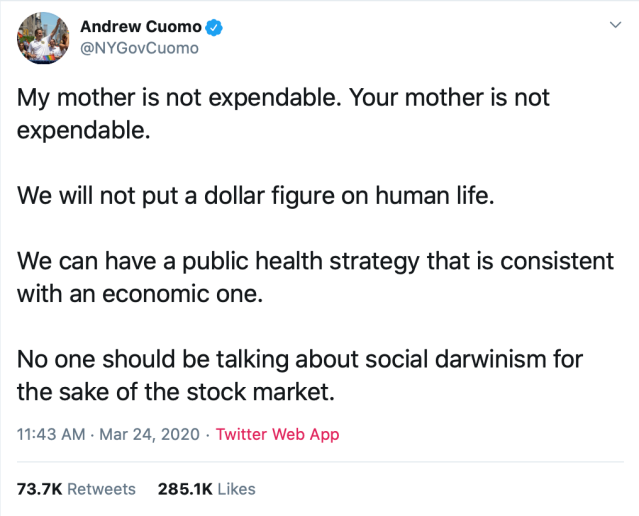 Are all lives equally valuable? We’re learning more about the thinking of our government officials and public health leaders as disaster preparedness plans are rolled out around the country in advance of the waves of COVID-19 patients anticipated in the coming days. The concept of the Imago Dei – the idea that every person, regardless of ability or disability, bears the image of God and is of incalculable value is increasingly at odds with a view of medical ethics shaped by philosophers, clinicians, the courts and healthcare policymakers.

Disability rights advocates were appropriately alarmed earlier this week when disaster preparedness plans in Alabama and Washington were reported to deny access to life-saving care to persons with severe intellectual or developmental disabilities. According to the report in ProPublica:

Some state plans make clear that people with cognitive issues are a lower priority for lifesaving treatment. For instance, Alabama’s plan says that “persons with severe mental retardation, advanced dementia or severe traumatic brain injury may be poor candidates for ventilator support.” Another part says that “persons with severe or profound mental retardation, moderate to severe dementia, or catastrophic neurological complications such as persistent vegetative state are unlikely candidates for ventilator support.”

When I started doing some background reading on this topic, I was stunned by the extent to which academics and policy makers devalue the lives of persons with disabilities. I’d strongly encourage anyone with interest in the principles and values that will guide decisions regarding access to care to read this paper from the prestigious medical journal The Lancet. The corresponding author of the paper is Dr. Ezekiel Emanuel, who at the time served as Chief of the Department of Bioethics at the National Institutes of Health (NIH) and authored a paper published this week in the New England Journal of Medicine that will undoubtedly be used as a guide for allocating scarce medical resources during the COVID-19 pandemic. 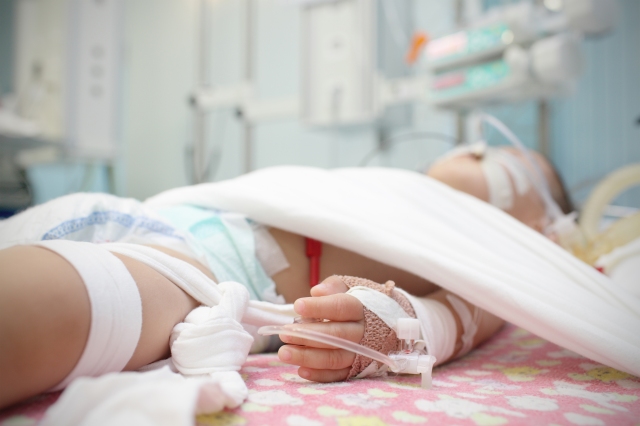 The World Health Organization (along with, not coincidentally the World Bank) uses disability-adjusted life years (DALY) as a guide to allocation of scarce healthcare resources. If you think this measure is what it sounds like, it is. Here’s a better description developed by Dr. Karen Whalley Hammell. Some excerpts:

Within the DALY, life is of value solely as a consequence of health status, thus burden of suffering is directly equated with functional limitation. This logic places greater emphasis on physical dysfunction than upon mental anguish (for example, depression) and cannot consider individuals’ different abilities to live well with physical dysfunction. Further, suffering is perceived to be due to physical limitations rather than pain, for example. This is particularly problematic given substantial research evidence demonstrating that perceptions of quality of life are not positively correlated with proximity to “normality”; and that pain has a greater negative impact upon the experience of quality of life than does extent of physical impairment, level of function or degree of independence. Further, the DALY ‘inaccurately equates disability with ill health irrespective of the reality that it is possible to have a significant degree of impairment and to be perfectly healthy.

Within the DALY, tetraplegia (‘quadriplegia’) is accorded a severity weighting of 1.0, which is the same score accorded death. Indeed, the weighting system dictates that the value of one year of life for someone without an impairment is of equivalent worth to the lives of 9.524 people with tetraplegia. Yet researchers have found high perceptions of quality of life even among people who have the highest levels of tetraplegia and low perceptions of quality of life among people deemed “normal”. This illustrates the DALY’s lack of a supportive evidence base and demonstrates the tendency for “experts” to parrot cultural beliefs that people would be ‘better off dead’ than disabled. It also highlights problems that arose because the DALY’s creators relied too heavily on the opinions of medical “experts” and failed to incorporate meaningful input from people who actually live with impairments. 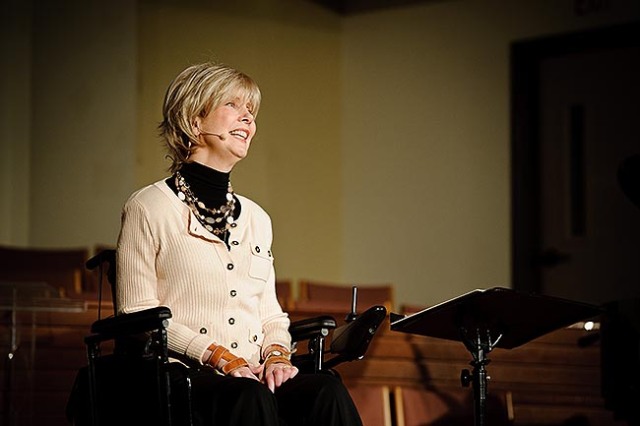 The British Health Service (BHS) uses Quality Adjusted Life Years (QALY) to determine whether specific treatments will be made available for individual patients. This recent article describes how QALY is applied.

One year in excellent health equals one QALY. As health declines, so does the QALY measurement. The difference between being alive and dead is, on this measure, easy to express: Death represents the end of QALYs, a zero stretching out into infinitude. But ill health is trickier to measure. NICE uses questionnaires measuring people’s pain levels, mood, daily activity, limitations, and so on to arrive at rough estimates.

QALYs can be controversial. Take, for instance, the core calculation: the adjustment of life-years by quality. Who’s to say that life is worth less when lived with a disability or chronic condition?

In the Lancet article, Dr. Emanuel argued that a “Complete Lives System” be used to ration care in which adolescents and young adults receive priority. Dr. Emanuel’s system is clearly more just toward persons with disabilities but reflects perceptions that the lives of the very young and vey old have less value.

Consideration of the importance of complete lives also supports modifying the youngest-first principle by prioritizing adolescents and young adults over infants. Adolescents have received substantial education and parental care, investments that will be wasted without a complete life. Infants, by contrast, have not yet received these investments. Similarly, adolescence brings with it a developed personality capable of forming and valuing long-term plans whose fulfillment requires a complete life. As the legal philosopher Ronald Dworkin argues, “It is terrible when an infant dies, but worse, most people think, when a three-year-old child dies and worse still when an adolescent does”; this argument is supported by empirical surveys.

Dr. Emanuel authored a lengthy piece several years ago in The Atlantic with the title Why I Hope to Die at 75. His article truly needs to be read in its entirety, but as a physician with a foot in the world of academic medicine, his words reflect the mindset of the medical elite regarding the value of life – a mindset characterized by the sense that value comes from the productivity a person might contribute to society, that lives lived with significant physical or mental limitations are less desirable, and living too long creates undue care and support burdens upon our families. From Dr. Emanuel:

So American immortals may live longer than their parents, but they are likely to be more incapacitated. Does that sound very desirable? Not to me.

The situation becomes of even greater concern when we confront the most dreadful of all possibilities: living with dementia and other acquired mental disabilities.

Ultrasounds don’t lie. As scientific advances continue to take place in maternal-fetal medicine (in utero surgery, gene therapy?), the battle to protect the rights of the unborn will be won as it becomes undeniably apparent that the child in the womb is fully human.

The pro-life cause of the 21st century will be changing hearts and attitudes to recognize that every person is of immeasurable value regardless of their age, physical or mental condition or capacity to provide tangible benefits to society. The same argument used to justify abortion will be used to justify physician-assisted suicide for the old and the disabled – caring for one’s parents or grandparents is an undue burden for young people and an intrusion upon their personal autonomy.

Overturning Roe v. Wade will be relatively easy in comparison to the challenge that our children and grandchildren will face – defending the value of all life in a culture that will have driven Christianity and its’ moral and theological foundations from the public square.

Our team has assembled a ministry resource center for churches and families to access during this time regarding COVID-19. Find trainings and resources created by our team, along with the U.S. Department of Health and Human Services Faith-Based Partnership Center, the Centers for Disease Control, Saddleback Church and others. Check it out today. 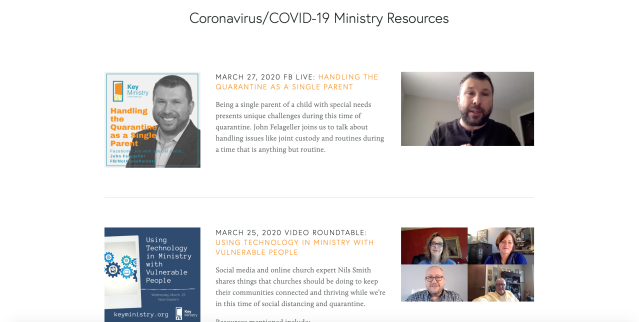 Dr. Stephen Grcevich serves as President and Founder of Key Ministry, a non-profit organization providing free training, consultation, resources and support to help churches serve families of children with disabilities. Dr. Grcevich is a graduate of Northeastern Ohio Medical University (NEOMED), trained in General Psychiatry at the Cleveland Clinic Foundation and in Child and Adolescent Psychiatry at University Hospitals of Cleveland/Case Western Reserve University. He is a faculty member in Child and Adolescent Psychiatry at two medical schools, leads a group practice in suburban Cleveland (Family Center by the Falls), and continues to be involved in research evaluating the safety and effectiveness of medications prescribed to children for ADHD, anxiety and depression. He is a past recipient of the Exemplary Psychiatrist Award from the National Alliance on Mental Illness (NAMI). Dr. Grcevich was recently recognized by Sharecare as one of the top ten online influencers in children’s mental health. His blog for Key Ministry, www.church4everychild.org was ranked fourth among the top 100 children's ministry blogs in 2015 by Ministry to Children.
View all posts by Dr. G →
This entry was posted in Advocacy, Pro-Life and tagged coronavirus, COVID-19, disability rights, Ezekiel Emanuel MD, intellectual disabilities, medical ethics, physician-assisted suicide, Pro-Life, ventilators. Bookmark the permalink.