What Keeps Kids With ADHD Out of Church? Part One

Now that we have a better understanding of why people with ADHD are different than others and considered some of the challenges they might face in growing spiritually, let’s look at some of the impediments to their active involvement at church.

Let’s start by looking at this issue from the perspective of the parent. In all probability, the kids aren’t coming to church if the parent doesn’t bring them to church.

By the weekend, many of these folks are really tired. Kids with ADHD often have a very difficult time getting through their morning routine. They need constant reminders to get out of bed, get dressed, eat breakfast and are easily distracted by the TV, the dog, just about anything. If kids are taking medication, the stuff does take a little while to kick in, so that mornings often become a great source of frustration to parents.

If the parent(s) can get their child up and ready in a reasonable time, the next challenge is the car ride to church. Compared to kids without ADHD, the child with ADHD is more likely to be angry about going to church, more likely to be screaming, yelling or crying because of some perceived grievance about their sibling’s behavior, and the family as a whole is less likely to arrive in a worshipful mood.

A major obstacle is the perception of many parents that they’ll be placed in a situation where they’ll be expected to explain their child’s behavior to others, or where they’ll be judged by others. Like it or not, there’s a stigma associated with many of the hidden disabilities (while this study from the American Journal of Psychiatry doesn’t address ADHD, it does reinforce the point). I was at a worship service in our old church for Disability Sunday at which a couple got up to share their story of what it was like looking for a church with two young boys with ADHD. The mother’s words illustrated the expectations parents of kids with ADHD and other hidden disabilities bring to church:

“People in the church believe they can tell when a disability ends and bad parenting begins.”

Another common complaint I hear from parents whose experience of church has been in denominations or traditions in which children and parents are expected to attend worship services together is that they can’t get anything out of the experience if their primary focus is monitoring their child’s behavior during the service. We’re seeing a growing trend among Catholic churches we serve to offer (at least periodically) separate worship experiences for kids and adults as a strategy for addressing this problem. I’m admittedly apprehensive about the well-intentioned efforts of some in the family ministry movement to discontinue separate worship experiences for kids because I suspect we’d lose many of the families of kids with ADHD who have difficulty with self-control.

Finally, we have the issue of parents who themselves have ADHD. They’re more likely to have difficulty following through on good intentions. They may want to come to church, they may know it’s important for their kids to be involved at church, but they have a hard time pulling things together to make it to church. They’re more likely to suffer from insomnia, or be “night owls” themselves, and struggle to get themselves up in the morning, much less their kids. They have more difficulty with establishing priorities and managing time. I can spot the families affected by ADHD in our church parking lot ten minutes after the start of the last service with Mom hopping across the parking lot putting her shoes on with three kids in tow.

We’re going to discuss environments at length in a future post, but for parents who themselves may have ADHD, the ease and clarity with which a church communicates where to go and what to do when you arrive is especially important. They tend to be easily frustrated looking for parking. They have a very difficult time remembering directions, resulting in the need for signage that is highly visible and processes for checking in and checking out kids that are as simple as possible.

Here’s one more issue to consider: Unlike families in which a child has an autism spectrum disorder, in which divorce rates are no higher than in the general population, the divorce rate nearly doubles in marriages where there’s a child under the age of eight with ADHD. Kids with ADHD are more likely to be alternating from household to household on the weekend, making establishment of a consistent routine of church attendance more difficult. 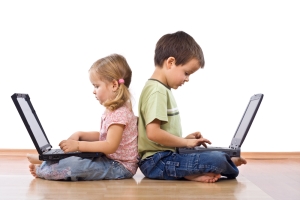 Dr. Stephen Grcevich serves as President and Founder of Key Ministry, a non-profit organization providing free training, consultation, resources and support to help churches serve families of children with disabilities. Dr. Grcevich is a graduate of Northeastern Ohio Medical University (NEOMED), trained in General Psychiatry at the Cleveland Clinic Foundation and in Child and Adolescent Psychiatry at University Hospitals of Cleveland/Case Western Reserve University. He is a faculty member in Child and Adolescent Psychiatry at two medical schools, leads a group practice in suburban Cleveland (Family Center by the Falls), and continues to be involved in research evaluating the safety and effectiveness of medications prescribed to children for ADHD, anxiety and depression. He is a past recipient of the Exemplary Psychiatrist Award from the National Alliance on Mental Illness (NAMI). Dr. Grcevich was recently recognized by Sharecare as one of the top ten online influencers in children’s mental health. His blog for Key Ministry, www.church4everychild.org was ranked fourth among the top 100 children's ministry blogs in 2015 by Ministry to Children.
View all posts by Dr. G →
This entry was posted in ADHD, Families, Hidden Disabilities, Key Ministry, Parents, Spiritual Development and tagged ADHD, children's ministry, church, Disability Ministry, Family Ministry, Hidden Disabilities, Inclusion, Key Ministry, Parents, spiritual development, student ministry. Bookmark the permalink.

8 Responses to What Keeps Kids With ADHD Out of Church? Part One