Why are we witnessing an epidemic of mental illness in kids?

As a child and adolescent psychiatrist, I frequently encounter parents and skeptics who freely share their opinions that much of the reported crisis in children’s mental health is fabricated…a marketing scheme of the pharmaceutical industry, a consequence of poor parenting or misplaced priorities on the part of families.

Opinions such as these endure because anecdotal data in support of them can be relatively easy to find. There’s an argument to be made that drug company marketing in support of long-acting ADHD medications led to a spike in the number of kids being diagnosed in the early years of the last decade. I see parents who come looking for the “magic pill” to fix their child’s problems and recoil when family-based or behavioral interventions appear more appropriate. I spoke to a colleague recently who quit her job in a publicly-funded clinic because she was sick of parents who needed her to declare their kids sick so that they could obtain disability payments from the government. But these situations are by far the exceptions as opposed to the rule. I spend my days dealing with kids with real disabilities accompanied by well-meaning parents who more so than anything desire the best for their kids and are willing to try the strategies our practice team recommends.

In an earlier post, I shared data from a study examining the prevalence of mental health disorders among kids entering the first grade. Here are some of my hypotheses as to why over 20% of U.S. kids meet criteria for at least one mental disorder:

This comes into play when kids fail to appreciate the intensity of emotions they’ll experience when sexual boundaries are crossed. Many don’t yet have the necessary emotional maturity to manage the intensity of feelings when relationships become sexual. Kids who think too much or have a difficult time letting things go often become depressed or exhibit self-injurious behavior in response to the ups and downs of relationships. The breakdown of standards of absolute right and wrong has resulted in kids (and parents) exposed to problems and situations that they’re not equipped to deal with…a situation that frequently precipitates symptoms of mental illness in teens who are vulnerable.

Here’s what I do know: 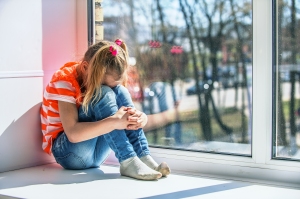 Dr. Stephen Grcevich serves as President and Founder of Key Ministry, a non-profit organization providing free training, consultation, resources and support to help churches serve families of children with disabilities. Dr. Grcevich is a graduate of Northeastern Ohio Medical University (NEOMED), trained in General Psychiatry at the Cleveland Clinic Foundation and in Child and Adolescent Psychiatry at University Hospitals of Cleveland/Case Western Reserve University. He is a faculty member in Child and Adolescent Psychiatry at two medical schools, leads a group practice in suburban Cleveland (Family Center by the Falls), and continues to be involved in research evaluating the safety and effectiveness of medications prescribed to children for ADHD, anxiety and depression. He is a past recipient of the Exemplary Psychiatrist Award from the National Alliance on Mental Illness (NAMI). Dr. Grcevich was recently recognized by Sharecare as one of the top ten online influencers in children’s mental health. His blog for Key Ministry, www.church4everychild.org was ranked fourth among the top 100 children's ministry blogs in 2015 by Ministry to Children.
View all posts by Dr. G →
This entry was posted in Advocacy, Controversies, Hidden Disabilities, Key Ministry, Mental Health and tagged children, children's ministry, epidemic, Key Ministry, mental health ministry, mental illness, moral relativism, student ministry, teens. Bookmark the permalink.

4 Responses to Why are we witnessing an epidemic of mental illness in kids?