Updated…What do we know about gender non-conforming kids? 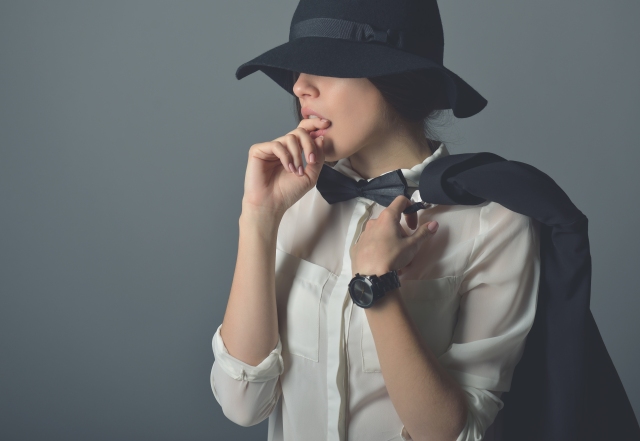 What would you do if a family came to your church with a child identified by their parents as “transgender?”  What would the response be to parents who want their child to use the restroom corresponding to their’s child’s perceived gender identity or to participate in ministry activities based upon gender identity as opposed to the child’s anatomical sex? How would your student ministry respond to a gender-discordant teen undergoing hormonal therapy to prevent the onset of puberty or seeking to change their appearance to reflect their gender identity?

I bet it’s safe to say these are issues few leaders or volunteers serving in children’s ministry or student ministry ever contemplated prior to assuming their current roles. But in the aftermath of the discussion surrounding the media coverage of the physical transformation of the 1976 Olympic Decathlon champion into Caitlyn Jenner, and today’s announcement by the Departments of Justice and Education that schools that refuse to allow students to use the restroom or locker room consistent with their gender as opposed to biological sex, the topic is now squarely front and center. In December of 2014, the highly-publicized suicide of Leelah Alcorn, a Cincinnati-area teen (pictured right) from a church-involved family has led to a national debate about treatment offered to teens with gender dysphoria.

Perhaps the most contentious topic of debate within both the medical community and the broader culture involves the trend on the part of some parents with the support of professionals to recognize younger and younger children as transgendered. Here’s a report from Kate Snow of NBC News telling the story of a family that made a decision to identify their preschool-age biological daughter (Mia) as a transgender boy (Jacob).

How do we make sense of the topics of gender non-conforminty and gender discordance in kids and what do we say to parents coming to us seeking advice?

Gender nonconformity (defined as variations in norms in gender role behavior such as toy preferences, rough and tumble play, aggression and playmate gender) is quite common among young children. The majority of children at some point in time exhibit some interest in toy, play and peer preferences more typical of the opposite gender. Gender discordance refers to discrepancy between an individual’s biological sex and their gender identity…their personal sense of self as male or female.

For the vast majority of kids who exhibit gender non-conformity (88%-98%), discomfort with the biological sex resolves during childhood as they develop the capacity for more flexible thinking and recognize that one can still be a boy or a girl despite some gender-nonconforming interests. A much smaller percentage of kids reach adolescence with persistent discomfort with their biological sex. They might follow several distinct developmental trajectories.

Last year, we looked at data describing mental and physical health concerns among adults with gender dysphoria prior to and following medical and/or surgical treatment. Despite data suggesting the majority of persons with gender dysphoria treated medically and/or surgically are satisfied with the results, an extraordinarily large percentage continue to struggle with mental illness. Rates of suicide attempts following treatment ranged between 43-45% in one long-term follow-up study from Sweden, and persons who underwent surgery were four times more likely than the general population to be admitted to a psychiatric hospital and nineteen times more likely to attempt suicide than their same-age peers without gender dysphoria. I can’t imagine any parent who would want their child to experience persistent gender dysphoria in light of what we know about the long-term mental health outcomes.

What do we know about teens with persistent gender dysphoria?

The question of what to do with children and teens with gender dysphoria in the face of insufficient data is the hot-button topic that their parents and the professionals who treat them are wrestling with. Here’s a study published last year describing some of the ethical issues the professional community is wrestling with…

(1) The absence of an explanatory model for gender dysphoria

(2) The nature of gender dysphoria… is it a normal variation in development, a social construct or mental illness?

(3) What role does physiological change during puberty play in the development of gender identity?

(4) The role of comorbid medical and mental health conditions

(5) What are the range of possible physical or psychological effects associated with pursuing (or choosing not to pursue) early medical interventions?

(6) At what age is a child/teen competent to consent to hormonal/surgical treatments and what rights should parents have to consent to treatment before kids are capable of making such decisions?

(7) The role of social context in how gender dysphoria is perceived.

To summarize, we know that most kids with gender dysphoria become comfortable with their biological sex as they progress through childhood. For those who continue to experience significant gender discordance as adolescents, far too many will have experienced trauma, mental illness, social isolation, self-injury and suicidal thoughts.

Key Ministry is pleased to make available our FREE disability ministry consultation service to pastors, church leaders and ministry volunteers. Got questions about launching a ministry that you can’t answer…here we are! Have a kid you’re struggling to serve? Contact us! Want to kick around a problem with someone who’s “been there and done that?” Click here to submit a request!

Dr. Stephen Grcevich serves as President and Founder of Key Ministry, a non-profit organization providing free training, consultation, resources and support to help churches serve families of children with disabilities. Dr. Grcevich is a graduate of Northeastern Ohio Medical University (NEOMED), trained in General Psychiatry at the Cleveland Clinic Foundation and in Child and Adolescent Psychiatry at University Hospitals of Cleveland/Case Western Reserve University. He is a faculty member in Child and Adolescent Psychiatry at two medical schools, leads a group practice in suburban Cleveland (Family Center by the Falls), and continues to be involved in research evaluating the safety and effectiveness of medications prescribed to children for ADHD, anxiety and depression. He is a past recipient of the Exemplary Psychiatrist Award from the National Alliance on Mental Illness (NAMI). Dr. Grcevich was recently recognized by Sharecare as one of the top ten online influencers in children’s mental health. His blog for Key Ministry, www.church4everychild.org was ranked fourth among the top 100 children's ministry blogs in 2015 by Ministry to Children.
View all posts by Dr. G →
This entry was posted in Controversies, Key Ministry, Mental Health, Resources and tagged gender discordance, gender identity, gender non-conformity, gender reassignment, homosexuality, Leelah's Law, mental illness, research, student ministry, suicide, transgender youth. Bookmark the permalink.

4 Responses to Updated…What do we know about gender non-conforming kids?