Why church leaders need to be talking about sexual assault

Last week, I wrote two intensely vulnerable posts, here and here, on my personal blog. Both relate to the Stanford rape story, but both also disclose – for the first time publicly – my own history as a rape survivor. Before last week, only 32 people in my life had ever heard that part of my story. Before this year, that number was only 10, 3 of whom were medical professionals.

Why go public? I don’t have a clear answer to offer here, except that now it feels good and safe to be open in this way. Shame can breed in secret. I’ve felt that happen. And silence doesn’t suit me.

For most survivors of sexual assaults, though, sharing this identity in a public arena will never be comfortable. I get that. Our stories are personal and private. No one is entitled to those sacred narratives. That means, as a church leader, you might never know who in your congregation has walk this path.

(Case in point, I served in a significant leadership role for most of the 11 years we spent at our last church. I didn’t tell a single pastor or staff member about my trauma history until we’d been there a decade. At first, I wanted them to know me well before that disclosure. Then, I didn’t know how to bring it up. Eventually, I tried to pretend it wasn’t true at all. That last decision almost destroyed me. God never intended for us to live in extreme denial and dissociation. This is my story. I can’t live in the light while I hide in the darkness.)

As church leaders, we can’t be silent or indifferent to this serious problem. According to RAINN, 1 in 6 women and 1 in 33 men who experience a rape or rape attempt in their lifetime. Of those women who survive their assaults, 70% experience moderate to severe distress, 1 in 3 contemplate suicide, and more than 1 in 10 make an attempt. (I wrote a little about mine in this post.) 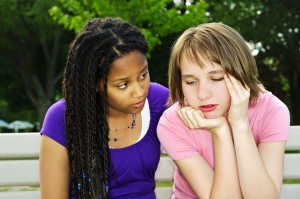 Among kids, the rates of sexual abuse are staggering too: 1 in 9 girls and 1 in 53 boys. And despite the recent discussions about possible stranger attacks in bathrooms, the vast majority of offenders are known to the victim, with stranger perpetrators only counting for 7% or less than 5% of assaults, depending on the source. In other words, stranger danger is less of a risk than confusing advances from someone known to the child. Among child sexual assault survivors, rates of drug use, PTSD, depression, and work or family problems are higher than the general population.

Finally, sexual assault happens in both churches and Christian families as well. If a child discloses or you suspect abuse, report that information to the proper authorities. The church is not equipped or designed to investigate or prosecute sex crimes. Love the family well, yes, but know your role too.

At church, take safety measures. Background checks for volunteers working with minors are only a start, considering the vast majority of sexual offenders are never caught. GRACE (Godly Response to Abuse in the Christian Environment) is one organization providing trainings and resources for churches in this area. One of their presentations cites Children’s Ministry Resources as reporting 70 child abuse allegations are made against churches in the US each week. Safety measures – ranging from rules about adults never being alone with a child to windows allowing line of sight into classrooms – are necessary, as is training on those policies and on warning signs for abuse.

Clearly, this isn’t a small problem. Ignoring it won’t make it so away. John 1:5 says, “The light shines in the darkness, and the darkness has not overcome it.” Let’s act as people of light, refusing to turn our backs on the darkness of sexual abuse and assault.

Dr. Stephen Grcevich serves as President and Founder of Key Ministry, a non-profit organization providing free training, consultation, resources and support to help churches serve families of children with disabilities. Dr. Grcevich is a graduate of Northeastern Ohio Medical University (NEOMED), trained in General Psychiatry at the Cleveland Clinic Foundation and in Child and Adolescent Psychiatry at University Hospitals of Cleveland/Case Western Reserve University. He is a faculty member in Child and Adolescent Psychiatry at two medical schools, leads a group practice in suburban Cleveland (Family Center by the Falls), and continues to be involved in research evaluating the safety and effectiveness of medications prescribed to children for ADHD, anxiety and depression. He is a past recipient of the Exemplary Psychiatrist Award from the National Alliance on Mental Illness (NAMI). Dr. Grcevich was recently recognized by Sharecare as one of the top ten online influencers in children’s mental health. His blog for Key Ministry, www.church4everychild.org was ranked fourth among the top 100 children's ministry blogs in 2015 by Ministry to Children.
View all posts by Dr. G →
This entry was posted in Advocacy, Hidden Disabilities, Key Ministry, Mental Health, PTSD and tagged church, Key Ministry, protection policies, PTSD, safety measures, sexual assault, Shannon Dingle, suicide, trauma. Bookmark the permalink.