What Christians (and the church) can learn from Planned Parenthood 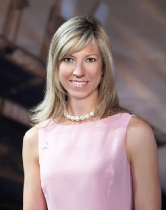 It’s been a rough week at the Grcevich house. My wife volunteers around 30 hours/week  as the Board President of the Susan G. Komen Regional Affiliate in Northeast Ohio. The local Komen organizations do the lion’s share of fund raising for the local breast cancer screening and prevention services the charity offers to poor women without the money or insurance coverage to access help. The regional affiliates had little to do with the decisions that were made this past week by Komen’s national leadership in response to the firestorm of protest from Planned Parenthood supporters after word leaked that Komen planned not to renew grants to centers unable to provide mammograms or organizations under investigation by the U.S. Government. Volunteers with the Komen regional organizations would be very appreciative of your prayers and encouragement. This week wasn’t exactly a 30 hour volunteer week for my wife.

Observing Komen’s ordeal this past week, I will admit a strange admiration for the passion and ruthless effectiveness Planned Parenthood and its’ supporters demonstrated in their crusade to destroy an organization they viewed as a threat to their mission. I’d compare it to same admiration I’ve developed for the Pittsburgh Steelers as they’ve consistently beaten up our local football team and taken their lunch money on a regular basis for most of my adult lifetime. Just to clarify…I’m not a supporter of either the Steelers or Planned Parenthood. I become intensely frustrated watching both organizations in action. Here’s my source of frustration…

Why can’t Christians be as bold and confident in advancing our cause as the Planned Parenthood folks and other “progressive” organizations are in advancing theirs?

What can we learn from having watched Planned Parenthood in action?

They were fearless. Did anyone else notice how Planned Parenthood supporters demonstrated no hesitation in posting personal comments on Facebook and in other social media promoting their cause, while many Christian friends back down from championing causes they believe in when they fear others might be critical?

They worked together. Their organization unleashed their supporters in social media at the same time as their friends in the media launched a blizzard of news stories supporting their position and 26 senators backing their cause contacted the national Komen Board.

They played to win. The folks from Planned Parenthood weren’t going to stop until they accomplished their goal. They certainly intended to go after Komen’s corporate sponsors, enlisted the support of local politicians to hinder Komen’s regional fundraising by denying public permits for large events such as the Race for the Cure, and undoubtedly would have launched noisy and dramatic protests at Komen events to attract media attention.

I’ve been reading through the Book of Acts this month. Where in the world did Christians get the idea from that we should be meek or timid in standing up for what we believe in?

Look at the main characters in Acts…Peter, John, Stephen, Cornelius, Barnabus, Paul. All of them were absolutely fearless in proclaiming Jesus at the risk of their lives.

There was one passage in particular that’s stuck with me during the week:

They preached the gospel in that city and won a large number of disciples. Then they returned to Lystra, Iconium and Antioch, strengthening the disciples and encouraging them to remain true to the faith. “We must go through many hardships to enter the kingdom of God,” they said.

I’d glossed over that passage before, but never really thought about what happened to Paul and Barnabus on their first loop through those cities. Here’s a reminder…

But the Jewish leaders incited the God-fearing women of high standing and the leading men of the city (Antioch). They stirred up persecution against Paul and Barnabas, and expelled them from their region. So they shook the dust off their feet as a warning to them and went to Iconium.

The people of the city (Iconium) were divided; some sided with the Jews, others with the apostles. There was a plot afoot among both Gentiles and Jews, together with their leaders, to mistreat them and stone them. But they found out about it and fled to the Lycaonian cities of Lystra and Derbe and to the surrounding country, where they continued to preach the gospel.

Then some Jews came from Antioch and Iconium and won the crowd over. They stoned Paul and dragged him outside the city (Lystra), thinking he was dead. But after the disciples had gathered around him, he got up and went back into the city. The next day he and Barnabas left for Derbe.

So Paul and Barnabus returned to Antioch after being persecuted, Iconium after fleeing when they discovered a plot to stone them, and Lystra after Paul was stoned and left for dead! And there are folks who are afraid to speak up for their faith or champion a cause consistent with Jesus’ commands to care for the most vulnerable in society because they’re concerned about offending others or being “defriended” on Facebook?

We’re called to always be prepared to give an answer for the reason we hope in Christ with gentleness and respect, but why are we so timid?

I’m sick and tired of timid, half-hearted efforts from our church leaders and fellow Christians that leave the world around us unchanged. I’m sick of folks wanting to “play it safe” and allowing the enemies of the Gospel to define who we are, as Komen’s leadership allowed themselves to be defined by the media and Planned Parenthood’s supporters. I’m sick of waiting for professional Christians to lead. Among the early leaders of the church, only Paul had formal religious training for his position. Jesus selected twelve guys with everyday jobs to establish the church that continues to this day. And I’m sick and tired of us not being able to work together to do the work of the Kingdom.

Key Ministry will play to win. The stakes are too high. And that’s what we can learn from Planned Parenthood this week.

Our Key Ministry team is very much in need of your support if we are to continue to provide free training, consultation and resources to churches. Please consider either an online donation or a sponsorship from the Key Catalog. You can sponsor anything from an on-site consultation at a local church, the addition of a new site for church-based respite care, to a “JAM Session” to help multiple churches launch special needs ministries in your metropolitan area. Click the icon on the right to explore the Key Catalog!

Dr. Stephen Grcevich serves as President and Founder of Key Ministry, a non-profit organization providing free training, consultation, resources and support to help churches serve families of children with disabilities. Dr. Grcevich is a graduate of Northeastern Ohio Medical University (NEOMED), trained in General Psychiatry at the Cleveland Clinic Foundation and in Child and Adolescent Psychiatry at University Hospitals of Cleveland/Case Western Reserve University. He is a faculty member in Child and Adolescent Psychiatry at two medical schools, leads a group practice in suburban Cleveland (Family Center by the Falls), and continues to be involved in research evaluating the safety and effectiveness of medications prescribed to children for ADHD, anxiety and depression. He is a past recipient of the Exemplary Psychiatrist Award from the National Alliance on Mental Illness (NAMI). Dr. Grcevich was recently recognized by Sharecare as one of the top ten online influencers in children’s mental health. His blog for Key Ministry, www.church4everychild.org was ranked fourth among the top 100 children's ministry blogs in 2015 by Ministry to Children.
View all posts by Dr. G →
This entry was posted in Controversies, Leadership and tagged Christians, church, Key Ministry, Leadership, Planned Parenthood, Stephen Grcevich MD, Susan G Komen Foundation. Bookmark the permalink.