I had no plan…Jeff Davidson

I had no plan. No plan at all.

I had always prided myself on the belief that given time, I could solve any problem, fix any circumstance, and overcome any obstacle.

Now I had no idea what to do.

I couldn’t even bring myself to say the word out loud. If I didn’t say it out loud, perhaps over time it would go away.

As long as I didn’t say the word “autism,” then my son really didn’t have it.

I nuanced it for years.

“He’s on the spectrum, but he’s not autistic.”

“He has sensory processing issues, but he’s not autistic.”

I was an ostrich-dad, sticking my head in the sand to avoid reality, and to avoid noticing the obvious.

Now after all these years I realize I was a typical dad, stuck in denial and emotionally paralyzed by my fear and lack of understanding and acceptance.

My world had been turned upside down, and I hated living in the upside-down world.

We didn’t anticipate that, if the current growth rate continues unabated, 1 in every 2 boys could be affected by 2025.

All that mattered to me was that I had one son, and he had autism.

So I made a decision. A choice. The only choice that any of us can make.

I chose to love my son unconditionally just the way he was…autistic.

I chose to embrace his differences, accept his challenges, and love him for who he was…my son.

I chose to go into his world and engage with him without reservation and qualification.

I don’t fully understand his world, but I’m confident that he doesn’t understand mine either

Sometimes he has this look on his face like he sees things that I don’t see.

He tilts his head to the side and grins softly, as if heaven is playing a song just for him. He twirls his fingers to the music.

Early in the morning I can hear him over the monitor in his room making sounds and expressions none of us can understand. I think he is talking to God in a language only the two of them can understand.

Oftentimes we describe our children with autism as “living in their own world.”

My son’s senses are overly acute in many instances to touch, sound, sights, smells and the tactile evidence of the world around him.

Maybe he really isn’t living “in his own world.” Maybe he is living in the world as it was originally created.

My son Jon Alex lives in a world of unconditional love and acceptance. In his world grace abounds, loves triumphs over all, and contentment can often be found with the simplest of things.

His world is one of purity, simplicity, innocence, and goodness.

His world puts an equal value on all people, seeing them through the eyes of significance, kindness, and human dignity.

Have you ever been mesmerized by a child with autism and wondered what they were thinking, or what was going on in their mind?

Have you ever looked at that child and wondered if they were thinking the same thing about you?

Maybe we are the ones living in “another world.”

I envy his world sometimes.

I know I have learned far more from my son, than he has ever learned from me. I realize now that he is nothing like me, and yet he is everything I want to be.

Autism has robbed me of so many things.

It’s been 15 years and my world is still turned upside down by autism.

But maybe that’s not so bad. Maybe my world needed turning upside down. 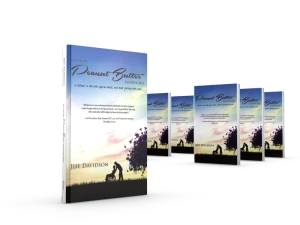 Dr. Stephen Grcevich serves as President and Founder of Key Ministry, a non-profit organization providing free training, consultation, resources and support to help churches serve families of children with disabilities. Dr. Grcevich is a graduate of Northeastern Ohio Medical University (NEOMED), trained in General Psychiatry at the Cleveland Clinic Foundation and in Child and Adolescent Psychiatry at University Hospitals of Cleveland/Case Western Reserve University. He is a faculty member in Child and Adolescent Psychiatry at two medical schools, leads a group practice in suburban Cleveland (Family Center by the Falls), and continues to be involved in research evaluating the safety and effectiveness of medications prescribed to children for ADHD, anxiety and depression. He is a past recipient of the Exemplary Psychiatrist Award from the National Alliance on Mental Illness (NAMI). Dr. Grcevich was recently recognized by Sharecare as one of the top ten online influencers in children’s mental health. His blog for Key Ministry, www.church4everychild.org was ranked fourth among the top 100 children's ministry blogs in 2015 by Ministry to Children.
View all posts by Dr. G →
This entry was posted in Advocacy, Autism, Families, Hidden Disabilities, Inclusion, Intellectual Disabilities, Key Ministry, Stories and tagged Autism, Autism Awareness Day 2015, Disability Ministry, Family Ministry, father, Jeff Davidson, Key Ministry, Light it Up Blue, No More Peanut Butter Sandwiches, parenting, Rising Above Ministries, Special Needs Ministry. Bookmark the permalink.

1 Response to I had no plan…Jeff Davidson