What the church can learn from a basketball game 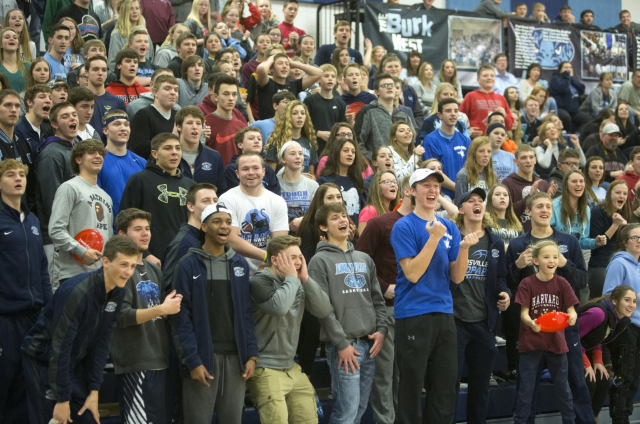 A couple of years ago, I introduced our readers to “Downtown Nate” Manko. Nate is a young man who plays the drums in the praise band at Martindale Christian Fellowship in Canton, OH, where his father (Steve) serves as Senior Pastor. Because of brain trauma at the time of his birth, Nate experiences significant spasticity in his left arm and leg. When he was younger, he experienced very frequent seizures that were poorly controlled by medication. Dr. Ben Carson ultimately performed surgery on Nate, removing a portion of his brain in order to stop the seizures. Despite the residual impairment Nate experiences from his neurologic condition, he has followed in his family’s tradition of athletic excellence through playing a key role for the Royal Knights, one of Stark County’s Special Olympics basketball teams. The Royal Knights practice in the church’s gymnasium and are perennial contenders for the state championship.

When Nate was a student at Louisville High School, he was an active participant in the school’s marching band and the pep band that performs during varsity basketball games. Nate was befriended by the varsity basketball coach who followed his play with the Royal Knights closely. During Nate’s final year of high school (two years ago) the varsity coach  and the school administration thought Nate deserved a “senior night” where he would be honored in a similar fashion to other varsity athletes. The administration approached Nate’s parents and the Royal Knights with the idea of hosting one of their regular season games in which the varsity cheerleaders and pep band would perform and Nate and a teammate attending the high school would be recognized. The Louisville community rallied around the idea, and Nate’s “senior night” was a bigger draw than any home varsity basketball game that season.

The game was such a success that the school and the Royal Knights decided to make it an annual event. This year, my schedule finally allowed me to attend Nate’s “home” game at Louisville High School. Nate’s older brother flew in from Minneapolis to attend his first “senior night” game, and I had the pleasure of meeting Nate’s neurologist for the first time and joining him and many of Nate’s family members in seats behind the Royal Knights’ bench. I’m glad I arrived early…the gym was packed! Nate raised his game in response to the crowd and the presence of local media. He scored a career-high 23 points, including three three-pointers, and went 6 of 8 at the line, setting a standard for free throw shooting that we hope will be matched by a certain member of the Cleveland Cavaliers who wears Nate’s number! That’s the two of us on the right, with the final score in the background.

Nate shared the spotlight that night with Rocco, a teammate with great flair and charisma who clearly captured the love and admiration of the home crowd. During the player introductions, with all the lights in the gym off except for a single spotlight, Rocco whipped the student section into a frenzy and rewarded them by tossing t-shirts into the crowd after his name was announced. After the Royal Knights came from behind in the second half and took control of the game in the fourth quarter, Rocco was given an opportunity to score in front of his hometown fans and classmates. When he nailed an arching jumper from behind the three point line in the final minute of the game, the crowd, student section and bench exploded as if they had just won the seventh game of the NBA finals!

What was most remarkable about the game was the radical demonstration of how Nate and Rocco are valued by the community in which they’ve grown up. The expressions of the fans and players in the pictures from the featured story in the local newspaper capture the authenticity of the love and support experienced by all in attendance that night. What would our churches look like if we valued the gifts and talents of all of our members and celebrated the work accomplished by the Holy Spirit through them in the way that Louisville High School demonstrated to two of their athletes?

Key Ministry helps connect churches and families of kids with disabilities for the purpose of making disciples of Jesus Christ. In order to provide the free training, consultation, resources and support we offer every day to church leaders and family members, we depend upon the prayers and generous financial support of readers like you. Please pray for the work of our ministry and consider, if able, to support us financially!

Dr. Stephen Grcevich serves as President and Founder of Key Ministry, a non-profit organization providing free training, consultation, resources and support to help churches serve families of children with disabilities. Dr. Grcevich is a graduate of Northeastern Ohio Medical University (NEOMED), trained in General Psychiatry at the Cleveland Clinic Foundation and in Child and Adolescent Psychiatry at University Hospitals of Cleveland/Case Western Reserve University. He is a faculty member in Child and Adolescent Psychiatry at two medical schools, leads a group practice in suburban Cleveland (Family Center by the Falls), and continues to be involved in research evaluating the safety and effectiveness of medications prescribed to children for ADHD, anxiety and depression. He is a past recipient of the Exemplary Psychiatrist Award from the National Alliance on Mental Illness (NAMI). Dr. Grcevich was recently recognized by Sharecare as one of the top ten online influencers in children’s mental health. His blog for Key Ministry, www.church4everychild.org was ranked fourth among the top 100 children's ministry blogs in 2015 by Ministry to Children.
View all posts by Dr. G →
This entry was posted in Inclusion, Key Ministry, Stories and tagged acceptance, basketball, Cleveland Cavaliers, home games, Inclusion, Key Ministry, Louisville High School, Louisville Ohio, Martindale Christian Fellowship, Nate Manko, Senior Night, Special Olympics, Stark County Royal Knights, Steve Manko. Bookmark the permalink.