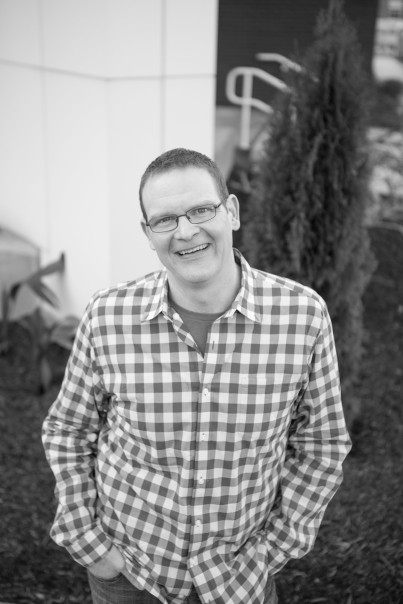 Perry Noble is a very influential pastor of a rapidly growing, multisite church (New Spring) based in Greenville, South Carolina and frequently serves as a featured speaker at major conferences attended by thousands of pastors across the U.S. and beyond. I’ve had the opportunity to hear him speak live…he’s very charismatic and an excellent communicator.

Over the last two years, Perry has become more open in speaking about his personal experiences with depression and anxiety. He has a book coming out in April with the title Overwhelmed: Winning the War against Worry. He had some very interesting comments in his blog post this past Monday on the topic of Christians, medication and mental illness. In the post, he describes his experiences while writing the book…

However, as I began the writing process the feelings of anxiety and worry began to slowly slither back into my life like a snake sneaking up on it’s prey. I remember writing a chapter in the book, driving home and having a panic attack in my living room.

About three days later I took my daughter to a restaurant for lunch and found myself feeling like I could not breathe and that the walls were closing in on me.

What was going on?

I thought I was done with this, that I had whipped it and that I was going to be able to tell my story and inspire other people to do the same.

But…that wasn’t the case. Anxiety was a fight, and I was losing.

I called my doctor and we had a long talk about my options. He spoke to me honestly and openly about anti-depressants. When he first mentioned them I blew him off; after all, I had defeated this one time without the “drugs for weaklings” and figured I could do it again.

However, the anxiety in my life continued to increase to such an extent that I distinctly remember calling him one afternoon and telling him I could not take it anymore and that I needed something to help me.

I can honestly say that making the decision to take an anti-depressant during this time period in my life has been one of THE BEST decisions I have ever made. It really has clarified my thinking, made me way less of an emotional basket case and allowed me to make better decisions.

What’s fascinating (from a psychiatrist’s perspective) about Perry’s experiences is the progression he went through over a period of years in his attitudes regarding mental illness and what they may have to say about levels of stigma in the church related to mental health treatment.

Perry went from believing that mental illness resulted from a lack of faith until his own personal experiences with depression and suicidal thinking. He responded to an intensive course of Biblical counseling. He and his personal physician gave serious consideration to a trial of antidepressant medication, which he declined. Perry spoke of this in his blog post…

I secretly held this as a badge of honor, that I was somehow a better person because “I did not need medication” to defeat depression!

Perry was able to change his perceptions about the cause of mental illness and gain insight as to God’s purposes in allowing people to experience depression. He was able to get up onstage in front of thousands at his church and speak of his personal experiences as an abuse victim and as someone who struggled with depression and suicidal thoughts. He was comfortable enough with his experiences to sign a book contract in which he would share his experiences with the entire world. But the LAST stigma he ultimately overcame was the attitude he had toward using medication as a treatment for his condition. Where in the world did so many people in the church develop twisted and distorted ideas about the causes and treatment of mental illness that aren’t based on anything in Scripture?

We in the church frequently communicate powerful attitudes in subtle ways. One morning, I was being gently admonished by my former pastor for some things I had said through social media. One of the ideas he shared was that while he personally held some very strong positions on the moral issues of the day, he was aware of the near statistical certainty that among those present at any worship service there were many who were still dealing with intense emotions related to the choices they had made. He was very conscious of not wanting to say anything with the potential of distracting from the message of the grace God makes available through faith as a result of the death and resurrection of His Son, Jesus Christ. We need to demonstrate a similar sensitivity when speaking at church about people who struggle with significant manifestations of mental illness.

I’m very much looking forward to how Perry’s upcoming book may help advance the discussion. 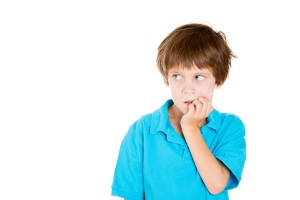 Key Ministry has developed a resource page on the topic of anxiety and spiritual development in children and teens. We share tools to help parents and church leaders recognize signs and symptoms of anxiety disorders in youth, examine the challenges anxiety disorders present to families in establishing and maintaining active engagement at church, review the research on effective treatment strategies and share lots of helpful research links. Click here to check it out today!

Dr. Stephen Grcevich serves as President and Founder of Key Ministry, a non-profit organization providing free training, consultation, resources and support to help churches serve families of children with disabilities. Dr. Grcevich is a graduate of Northeastern Ohio Medical University (NEOMED), trained in General Psychiatry at the Cleveland Clinic Foundation and in Child and Adolescent Psychiatry at University Hospitals of Cleveland/Case Western Reserve University. He is a faculty member in Child and Adolescent Psychiatry at two medical schools, leads a group practice in suburban Cleveland (Family Center by the Falls), and continues to be involved in research evaluating the safety and effectiveness of medications prescribed to children for ADHD, anxiety and depression. He is a past recipient of the Exemplary Psychiatrist Award from the National Alliance on Mental Illness (NAMI). Dr. Grcevich was recently recognized by Sharecare as one of the top ten online influencers in children’s mental health. His blog for Key Ministry, www.church4everychild.org was ranked fourth among the top 100 children's ministry blogs in 2015 by Ministry to Children.
View all posts by Dr. G →
This entry was posted in Anxiety Disorders, Depression, Key Ministry, Stories and tagged antidepressants, anxiety, church, Depression, medication, mental illness, overwhelmed, Perry Noble, stigma. Bookmark the permalink.

3 Responses to What Perry Noble’s admission says about mental illness, stigma and church