What keeps kids with ADHD out of church? 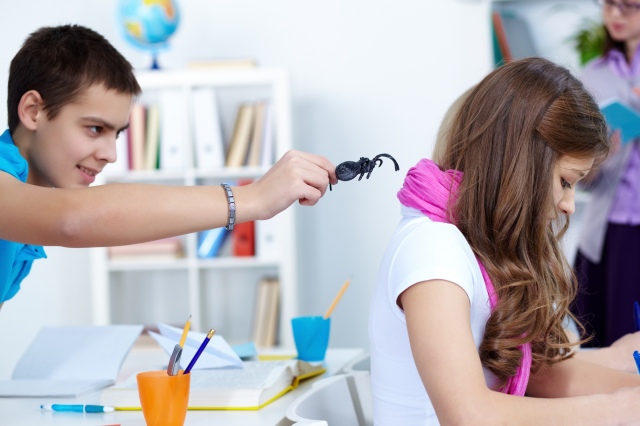 Since we’re filming a training this weekend on the impact of ADHD on spiritual development, I thought today might be a good time to review some of the impediments to kids and adults with ADHD becoming involved and staying involved at church.

Let’s start by looking at this issue from the perspective of the parent. In all probability, the kids aren’t coming to church if the parent doesn’t bring them to church.

By the weekend, many parents of kids with ADHD are very tired. Kids with ADHD often have a very difficult time getting through their morning routine. They need constant reminders to get out of bed, get dressed, eat breakfast and are easily distracted by the TV, the dog, just about anything. If kids are taking medication, the stuff does take a little while to kick in, so that mornings often become a great source of frustration to parents.

If the parent(s) can get their child up and ready in a reasonable time, the next challenge is the car ride to church. Compared to kids without ADHD, the child with ADHD is more likely to be angry about going to church, more likely to be screaming, yelling or crying because of some perceived grievance about their sibling’s behavior, and the family as a whole is less likely to arrive in a worshipful mood.

A major obstacle is the perception of many parents that they’ll be placed in a situation where they’ll be expected to explain their child’s behavior to others, or where they’ll be judged by others. Like it or not, there’s a stigma associated with many of the hidden disabilities (while this study from the American Journal of Psychiatry doesn’t address ADHD, it does reinforce the point). I was at a worship service in our church a number of years ago for Disability Sunday at which a couple got up to share their story of what it was like looking for a church with two young boys with ADHD. The mother’s words illustrated the expectations parents of kids with ADHD and other hidden disabilities bring to church:

“People in the church believe they can tell when a disability ends and bad parenting begins.”

Another common complaint I hear from parents whose experience of church has been in denominations or traditions in which children and parents are expected to attend worship services together is that they can’t get anything out of the experience if their primary focus is monitoring their child’s behavior during the service. We’re seeing a growing trend among Catholic churches we serve to offer (at least periodically) separate worship experiences for kids and adults as a strategy for addressing this problem. I’m admittedly apprehensive about the well-intentioned efforts of some in the family ministry movement to discontinue separate worship experiences for kids because I suspect we’d lose many of the families of kids with ADHD who have difficulty with self-control.

Finally, we have the issue of parents who themselves have ADHD. They’re more likely to have difficulty following through on good intentions. They may want to come to church, they may know it’s important for their kids to be involved at church, but they have a hard time pulling things together to make it to church. They’re more likely to suffer from insomnia, or be “night owls” themselves, and struggle to get themselves up in the morning, much less their kids. They have more difficulty with establishing priorities and managing time. I can spot the families affected by ADHD in our church parking lot ten minutes after the start of the last service with Mom hopping across the parking lot putting her shoes on with three kids in tow.

For parents who themselves may have ADHD, the ease and clarity with which a church communicates where to go and what to do when you arrive is especially important. They tend to be easily frustrated looking for parking. They have a very difficult time remembering directions, resulting in the need for signage that is highly visible and processes for checking in and checking out kids that are as simple as possible.

Here’s one more issue to consider: Unlike families in which a child has an autism spectrum disorder, in which divorce rates are no higher than in the general population, the divorce rate nearly doubles in marriages where there’s a child under the age of eight with ADHD. Kids with ADHD are more likely to be alternating from household to household on the weekend, making establishment of a consistent routine of church attendance more difficult.

What about the experience of church from the perspective of the child or teen with ADHD? 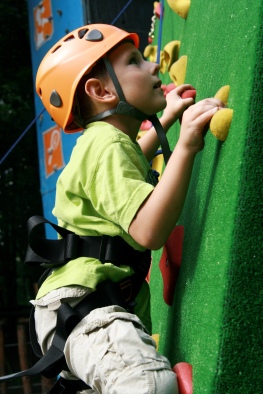 Kids with ADHD are often capable of intense focus when they’re engaged in activities they find interesting. In fact, the vast preponderance of the time kids come into my office with a history of wetting themselves during the daytime, their “accidents” occurred while playing a video game or outside in the middle of play with their friends. In many ways, ADHD should be thought of as an attention dysregulation as opposed to an attention deficit…kids with ADHD pay attention to too much stuff, much of which is unimportant, at the expense of what they need to pay attention to.

Kids with ADHD don’t do well in situations when they perceive the activity or the topic as boring or irrelevant, and unfortunately that’s the case in too many churches. I’ve said on many occasions that I believe it’s a sin to bore kids with the Gospel. And that’s exactly what happens when kids are required to sit through worship services designed for adults, especially kids with ADHD.

For many kids with ADHD, especially those with the “H” component, the mental energy required to maintain self-control for an extended period of time takes away from their ability to get the desired “take away” from their church experience. They don’t like sitting for extended periods of time. Many educators are starting to catch on to the importance of movement and exercise on learning.

As kids with ADHD get older, rates of insomnia increase. Many of these kids are “night owls”…they stay up very late because they have a hard time slowing down their brains to settle enough to fall asleep. The problem is compounded when they have to get up very early (6:00 AM in the case of our tenth grader) on school days. By the weekend, getting up and out of bed may be more of a challenge for the teen with ADHD than their friends. One of the wiser moves the leadership made at the church our daughter attends was moving high school worship service from 9:00 AM to 6:06 PM on Sundays. Let’s just say there weren’t a whole lot of kids with ADHD responding to invites from their friends to check out 9:00 AM church!

Here’s another consideration… there are a lot of kids with ADHD who need to take medication to have a successful school experience during the week who don’t have that option available to them on the weekend because of concerns their treating physician or parents have about the effects of medication on appetite and growth. Think about this: If many kids with ADHD require medication for school during the week despite accommodation plans and assistance from teachers with special training, how do you think they’re going to do at church on the weekend without medication and a volunteer leader who lacks a teaching degree?

One of the main points my former ministry colleague Katie Wetherbee makes when training church staff and volunteers is that kids want to be successful. My kids with ADHD often get very frustrated and discouraged and start to see themselves as a disappointment to parents and teachers. Put that kid in an environment in which the behaviors resulting from their inability to maintain self-control may be labeled as sin and see how excited they’ll be about coming back next week!

One final word on the issue of environments…there is such a thing as too much stimulation for kids with ADHD. When kids are struggling with sensory overload…too noisy, too many kids talking, lighting is too bright-they don’t learn and may experience the environment as unpleasant or aversive. Let me share an example…

We’ll call my friend Jake. Jake has ADHD along with auditory processing difficulties. When several people are talking at once, Jake’s experience is like listening to a radio with lots of static. Because of his ADHD, he notices all the different sounds in his environment. One day, I was hanging around in the lobby of the church about five minutes after the start of our second service and Jake comes up to say hello:

SG: Hi Jake. How you doing?

Jake: Really good this year. (Hesitation) Dr. Steve, Can I ask you a question?

Jake: When I go into my church service, there are too many kids yelling and screaming and talking and pushing…I can’t concentrate on what’s going on. Do you have any suggestions for what I can do?

Jake just had too much trouble tolerating the level of stimulation in the large group worship area that was present at the time. He liked the discussions when he broke out into his small group, so his parents and leaders came up with a great solution. Jake was given an orange vest and made a part of the parking team between services. We had people who drove around the lot looking for Jake on Sunday morning because of his friendly demeanor. He’d finish directing traffic about the time his large group worship was winding down and the kids were getting ready for their breakout groups.

Dr. Stephen Grcevich serves as President and Founder of Key Ministry, a non-profit organization providing free training, consultation, resources and support to help churches serve families of children with disabilities. Dr. Grcevich is a graduate of Northeastern Ohio Medical University (NEOMED), trained in General Psychiatry at the Cleveland Clinic Foundation and in Child and Adolescent Psychiatry at University Hospitals of Cleveland/Case Western Reserve University. He is a faculty member in Child and Adolescent Psychiatry at two medical schools, leads a group practice in suburban Cleveland (Family Center by the Falls), and continues to be involved in research evaluating the safety and effectiveness of medications prescribed to children for ADHD, anxiety and depression. He is a past recipient of the Exemplary Psychiatrist Award from the National Alliance on Mental Illness (NAMI). Dr. Grcevich was recently recognized by Sharecare as one of the top ten online influencers in children’s mental health. His blog for Key Ministry, www.church4everychild.org was ranked fourth among the top 100 children's ministry blogs in 2015 by Ministry to Children.
View all posts by Dr. G →
This entry was posted in ADHD, Families, Hidden Disabilities, Inclusion, Key Ministry and tagged ADHD, children's ministry, church, Disability Ministry, Family Ministry, Inclusion, Key Ministry, medication, ministry environments, Special Needs Ministry, youth ministry. Bookmark the permalink.

1 Response to What keeps kids with ADHD out of church?