Obsessing on the story…Dave Lynden

Welcome to the fourth installment in David Lynden’s blog series examining Spiritual Autism. Today, Dave looks at a commonality we all have with his son (Micah)…our propensity to obsess on seeing, hearing and telling the same story, again and again. Here’s Dave…

I don’t know what it is about watching Sesame Street in reverse that makes my 12 year old son Micah just downright giddy, but that VHS tape is getting some real wear-and-tear from the constant rewinding and playing, rewinding and playing. There he is, every Saturday morning, wrapped in his favorite fleece blanket like a royal blue “kid burrito”- his black, noise-muting headphones on, his stuffed tiger in a stranglehold under one arm while the other arm remains free in order to hit the “stop”, “play” and “rewind” buttons. Sometimes he sits in a laundry basket that he brought downstairs.

Other times, he freelances throughout the living room. As the tape plays, he will hit the rewind button, stand back, and watch a scene in reverse- laughing, clapping and hopping up-and-down only to start the process all over again. Now he doesn’t do this with the whole tape, but only with certain scenes. It is like his very own manually-driven feedback loop. The same scene shows up again and again (albeit in reverse). He seems obsessed with this video.

Then again, he obsesses about a group of stories. We routinely read and re-read…and re-read again stories like Eight Silly Monkeys, Ten Little Ladybugs, Ten Rubber Duckies, Ten Little Dinosaurs, The Monster at the End of This Book, Tickle Monster. They never get old…for him. I was pondering what it is that causes him to obsess over these stories. True, a lot of them are counting books. Several of them feature monsters. Yet, there is something else that acts as a common denominator and it is this- they all engage him to enter their story. Some of them let him touch and feel textures on the pages. In some, the monster speaks directly to the reader. The Tickle Monster book requires me to stop and execute various tickling as the story indicates. The Sesame Street characters in the books and on his videos look right at the audience and speak directly to Micah. Steve from Blue’s Clues engages his viewers to participate. I think his obsession is connected with connecting; with a story that invites him in, that involves him, that finds some deep need and makes a point of contact. So there he is, either on Saturday mornings or in his bed for the bedtime story- laughing, clapping, rejoicing with the story he is invited to participate in. Somehow, the story reaches past the autism and finds a contact point. 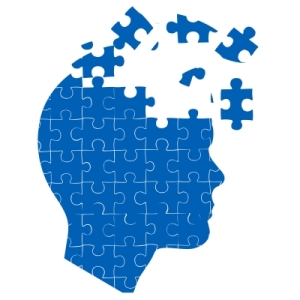 I am not so sure this is a trait exclusive to children with autism. In our own way, we too have this odd, little habit. What we do is we tell the same story over and over again. Oh, we use different characters and different times and different settings, but we still tell the same general story, and it is a story of redemption. I think we do it in order to see the bigger story that we are living in. I think we do it in order to fill in more pieces of the puzzle, to join in, to participate, to connect beyond passive observations. Perhaps, like our glimpses of the paradise long lost, this “common story” is another primal memory that God has downloaded into our hard drive; one in which we can access bits and pieces by playing it out again and again. In fact, let me give you a couple of examples of how we keep telling the same stories in something of a feedback loop.

The stories we tell…again and again

I love watching the more recent movies that have brought my favorite childhood comic book heroes to the big screen. It is one of the things my oldest son, Josiah and I do whenever the latest one hits the theatres. One of those movies is Thor. The story follows a hero (a Norse god) who is sent to earth for his arrogance and recklessness. Thor can only return to Asgard (the heavenly realm he calls home) after proving himself worthy. Through his experiences, he learns humility and servanthood while here on earth. And when his friends’ lives are threatened by the forces of evil (in particular, his envious step-brother Loki), Thor makes Loki an offer to save the town that is being attacked. He freely offers up his own life so that Loki’s anger would be assuaged, shielding his friends from further violence. Of course, it is at that moment when he proves himself worthy and is raised from death by the chief Norse god (his father, Odin) to overcome the forces of evil and to lead a new path out of danger and into safety. So what kind of story do we see? A story of heroic death that produces salvation for others, a resurrection and a new way forward!

I saw the same story in the Harry Potter movies, especially in the last installment- Harry Potter and The Deathly Hallows (Part Two). Harry is the “chosen one”, the only one who can defeat the evil sorcerer, Voldemort, who threatens to dominate and enslave the earth. But, in order to break Voldemort’s power, Harry must allow himself to be killed by his nemesis. Harry’s death suddenly makes Voldemort vulnerable, all but sealing his fate. Thus, when Harry returns from death, he leads a rebellion against the forces of evil, defeating Voldemort for good and bringing safety and security to a once-broken world. So what kind of story do we see? A story of heroic death, salvation, resurrection and a new way forward! Déjà vu!

I saw this story yet again in J.R.R. Tolkein’s epic trilogy (and my favorite work of fiction), The Lord of the Rings in which a very ordinary hobbit becomes a self-sacrificing hero, offering his own life to save Middle-Earth and to break the power of evil. You’ll see this story in modern movies like Armageddon, Braveheart, The Shawshank Redemption, The Green Mile, etc… Different characters, different settings, but the same story. I could go on. We are telling the same story! Dare I say obsessing over it? Death/self-sacrifice, resurrection, salvation, a new world! You get the picture! It’s a feedback loop! These, and so many others, are the stories we tell over and over again in a sort of joyful dance.

Most of us are not hopping around the living room in our underwear, wrapped in a blue fleece blanket with a stuffed tiger under one arm, while the story is being told again (at least, most of us would never admit to doing this). But, why else do we keep obsessing over the telling the same story? My suggestion is that we not only find great joy and hope in these stories, but that such joy and hope is produced because God has embedded this story deep into our conscience. The “spiritual autism” that isolates us from others is penetrated, in part, by a story God has weaved into the fabric of our very being. And in that sense, it is not only we who are obsessing over a story, but God who is drawing us in- connecting with us, telling us we are part of the story! We keep hearing and telling the same story and it brings us to laughing, clapping, jumping up-and-down only to start the process all over again. Could it be that no matter where we are coming from as far as our views on God, the story of the Bible or our personal beliefs, we know deep down inside that we are yearning for a world where we will experience freedom from the enslavement of despair, doubt, oppression, sin, brokenness and isolation? And that such a world will only be accessed through the strength and sacrifice of a hero beyond ourselves? Even the notorious atheist philosopher Frederich Nietzsche, having declared God to be dead, nevertheless looked for a “superman” who would arise and bring hopeless, helpless humanity to a new world of freedom. Even Nietzsche had this story inscribed on his heart, even if it was quite warped from the original tale. Watching Micah delight and obsess over stories that drew him in forced me to look at my own spiritual autism and how God is penetrating through those barriers of static systems and isolation and a very closed world. God does it by inviting us into a story that, deep down inside, we know is true because it cannot help but resurface with every story we tell.

Ever wonder if the often-quoted statistics about divorce rates in families impacted by disability are true? Check out Key Ministry’s resource: Special Needs and Divorce…What Does the Data Say? In this article, Dr. Steve Grcevich reviews the available research literature on the topic of disability and divorce…and draws some surprising conclusions! Check it out…and share with your friends!

Dr. Stephen Grcevich serves as President and Founder of Key Ministry, a non-profit organization providing free training, consultation, resources and support to help churches serve families of children with disabilities. Dr. Grcevich is a graduate of Northeastern Ohio Medical University (NEOMED), trained in General Psychiatry at the Cleveland Clinic Foundation and in Child and Adolescent Psychiatry at University Hospitals of Cleveland/Case Western Reserve University. He is a faculty member in Child and Adolescent Psychiatry at two medical schools, leads a group practice in suburban Cleveland (Family Center by the Falls), and continues to be involved in research evaluating the safety and effectiveness of medications prescribed to children for ADHD, anxiety and depression. He is a past recipient of the Exemplary Psychiatrist Award from the National Alliance on Mental Illness (NAMI). Dr. Grcevich was recently recognized by Sharecare as one of the top ten online influencers in children’s mental health. His blog for Key Ministry, www.church4everychild.org was ranked fourth among the top 100 children's ministry blogs in 2015 by Ministry to Children.
View all posts by Dr. G →
This entry was posted in Autism, Key Ministry, Spiritual Development, Stories and tagged Autism, children's ministry, Christianity, Dave Lynden, Disability Ministry, Discipleship, faith, Family Ministry, Inclusion, Key Ministry, relationship, Spiritual Autism. Bookmark the permalink.

4 Responses to Obsessing on the story…Dave Lynden